This article is published in the April 2013 issue.

CRA members have elected three new members to its Board of Directors: Tracy Camp, Anne Condon, and Chris Johnson. They will begin three-year terms on July 1, 2013.

Tracy Camp is a Full Professor of Computer Science in the Department of Electrical Engineering and Computer Science at the Colorado School of Mines. She is the Founder and Director of the Toilers (http://toilers.mines.edu), an active ad hoc networks research group. Her current research interests include the credibility of ad hoc network simulation studies and the use of wireless sensor networks in geosystems. Dr. Camp has received over 20 grants from the National Science Foundation, including a prestigious NSF CAREER award. In total, her projects have received over $20 million dollars in external funding. This funding has produced 12 software packages that have been requested from (and shared with) more than 3000 researchers in 86 countries (as of October 2012). Dr. Camp has published over 80 refereed articles and 12 invited articles, and these articles have been cited almost 4,000 times (per Microsoft Academic Search) and over 7,000 times (per Google Scholar) as of December 2012.

Dr. Anne Condon is Professor and Head of the Department of Computer Science at U. British Columbia. She received her Bachelor’s degree (1982) from University College Cork, Ireland, and her Ph.D. (1987) at the University of Washington. Dr. Condon’s research interests are in biomolecular computation and computational prediction of RNA and DNA structure and folding pathways, with applications to design of novel structures and to gene synthesis. She and her collaborators have developed algorithms and thermodynamic models that have improved the efficiency and accuracy of state – of – the – art methods for nucleic acid secondary structure prediction. More broadly, her research contributions span computational complexity theory, hardware verification, bioinformatics biomolecular computation, and combinatorial auctions.

Chris Johnson is the founding director the Scientific Computing and Imaging (SCI) Institute at the University of Utah where he is a Distinguished Professor of Computer Science and holds faculty appointments in the Departments of Physics and Bioengineering. His research interests are in the areas of scientific computing and scientific visualization. Dr. Johnson founded the SCI research group in 1992, which has since grown to become the SCI Institute employing over 200 faculty, staff and students. Professor Johnson serves on several international journal editorial boards, as well as on advisory boards to several national research centers. Professor Johnson has received several awards, including the the NSF Presidential Faculty Fellow (PFF) award from President Clinton in 1995 and the Governor’s Medal for Science and Technology from Governor Michael Leavitt in 1999. He is a Fellow of the American Institute for Medical and Biological Engineering, a Fellow of the American Association for the Advancement of Science, and in 2009 he was elected a Fellow of the Society for Industrial and Applied Mathematics (SIAM) and received the Utah Cyber Pioneer Award. In 2010 Professor Johnson received the Rosenblatt Award from the University of Utah and the IEEE Visualization Career Award. In 2012, Professor Johnson received the IEEE IPDPS Charles Babbage Award.

Three current board members – Ron Brachman (Yahoo! Labs), Laura Haas (IBM Research) and Fred B. Schneider (Cornell University) were re-elected to the CRA Board for the July 1, 2013, through June 30, 2016 term. New CRA Board Officers have also been elected for two-year terms beginning July 1, 2013. J Strother Moore has been elected Chair, and Susan Davidson, Secretary. The board re-elected current officers Laura Haas, Vice-Chair, and Ron Brachman, Treasurer. Retiring from the board as of June 30, 2013, are Ed Fox, Mary Jean Harrold and Martha Pollack. CRA thanks them all for contributions during their service on the board. 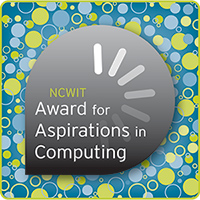 Center for Evaluating the Research Pipeline (CERP): Director’s Welcome
Scroll to top
We use cookies to understand how you use our site and to improve your experience. By continuing to use our site, you accept our use of cookies.Accept Read More
Disclaimer
Privacy Overview