This article is published in the September 2013 issue.

As October approaches and we transition to a new federal fiscal year (FY), it’s a great opportunity to pause to reflect on FY 2013 and look ahead to FY 2014. It has been an exciting year for the Computer and Information Science and Engineering (CISE) Directorate at the National Science Foundation (NSF). In FY 2013, CISE’s budget surpassed $850 million. The directorate received nearly 7,500 research proposals and plans more than 1,500 grant awards. These investments are estimated to support the work of nearly 8,000 senior researchers and over 7,000 graduate and undergraduate students.

As we embark upon FY 2014 and a new academic year, let me share with you key updates and describe some of the opportunities the CISE community can expect as we continue our commitment to advancing the frontiers of our discipline.

New solicitations for CISE’s core programs, released on July 12, 2013, advance foundational knowledge in all areas of computing, communication and information science and engineering. Principal investigators should note that there are separate submission windows for small, medium and large awards, and that the dates of these windows have shifted relative to previous years. In addition, one-year REU supplement requests may now be submitted along with the initial proposal. Several other revisions have been made to the core solicitations, and I highlight only a couple here.

In IIS, the Cyber-Human Systems (CHS) program constitutes a re-visioning of what was previously the Human-Centered Computing program (HCC). While CHS still explores the relationship between humans and computing devices at all phases of design, development and application, it now emphasizes the potential of computing systems for augmenting human capabilities. For more information, see NSF solicitation 13-580.

Another change appears in CNS’s Computer Systems Research (CSR) program, which features a new highlighted area, Extensible Distributed Systems (EDS).  This area addresses leveraging the rapid growth in edge devices such as smart phones and tablets coupled with new applications and underpins many smart technologies and infrastructures of the future, as well as how humans interact with such technologies and infrastructures.  The EDS area supports research into the science and design of extensible, robust and efficient distributed systems, advancing software and hardware architectures to enable the move from small-scale to planetary-scale systems.  For more information, see NSF solicitation 13-581.

These new solicitations update and strengthen our core programs, which advance foundational knowledge in the CISE disciplines and support intellectually rich, cutting-edge paradigms for discovery. The full text of the solicitations may be found on the CISE Funding webpage.

Update on cross-cutting programs and initiatives

CISE continues our commitment to a balanced portfolio—from curiosity-driven, single investigator research to center-scale, multidisciplinary research.  Over the last five years, through the Expeditions in Computing program, CISE funded 14 center-scale projects that seek disruptive innovations in computing; another round of awards is expected soon. We recently initiated “Frontier” awards that support center-scale research efforts that target national priority areas. Last month, we announced three new Frontier awards through the Secure and Trustworthy Cyberspace (SaTC) program, for a total of five SaTC Frontiers in the past two years. And in May, we issued two Frontiers in Cyber-Physical Systems (CPS), the first center-scale projects under this program. Also this year, ACI launched the Blue Waters and Stampede advanced computational centers, providing cutting-edge cyberinfrastructure resources to the research and education community.

NSF is a partner in the administration’s new Brain Research through Advancing Innovative Neurotechnologies (BRAIN) Initiative, a new research effort to advance our understanding of the human brain. CISE will expand our collaboration with other NSF directorates in investing in this effort, including through investments in the interdisciplinary Computational Neuroscience program and the new Brain Science and Technology Center launched this year.

This fall, two of our four Division Directors are completing their terms with CISE.

Dr. Susanne Hambrusch completed her tenure as Division Director for Computing and Communication Foundations (CCF) on August 29 and returned to her academic position at Purdue University. Dr. Hambrusch served as Division Director from 2010 to 2013, leading CCF in its mission to support research and education projects that explore the foundations of computing and communication devices and their usage. During her time at NSF, her many contributions included helping to shape the cross-cutting CyberSEES program and the Interdisciplinary Faculty Program in Quantum Information Science. She also led the creation of the XPS program and the United States-Israel Collaboration in Computer Science, and she helped to increase the number of Graduate Research Fellowships available for students pursuing CISE disciplines.  NSF greatly appreciates Susanne’s leadership in CISE and her efforts on behalf of the community.

Alan Blatecky, Division Director for Advanced Cyberinfrastructure (ACI), will complete his term at NSF on September 7. Mr. Blatecky came to NSF in 2010 as the Director of the Office of Cyberinfrastructure (OCI), which joined CISE as its fourth division earlier this year. During his tenure, he has demonstrated tremendous leadership in broadening and strengthening NSF’s support for the research, development, acquisition and provisioning of state-of-the-art cyberinfrastructures essential to the advancement of science and engineering, from the campus and regional level to the national and international level. He helped to transform CIF21 into the NSF-wide portfolio that it is today, accounting for $82.5 million in investments in FY 2013,and through collaboration with GEO, helped establish EarthCube as a new approach to conduct multidisciplinary science. He has also strengthened the broader ACI portfolio, recognizing the role of data, software, networking and research communities as crucial cyberinfrastructures that are complementary to compute resources. Finally, under his leadership, a strong emphasis has been placed on science as a driver for cyberinfrastructure and on the growing importance of coordinating cyberinfrastructure investments across NSF. NSF and CISE thank Alan for his vision and service.

With the exemplary contributions of two search committees, NSF has identified and interviewed exceptional candidates for each position. In the next few weeks, we will announce a new Division Director for CCF, and an announcement for the new ACI Division Director will follow soon after.

I also want to recognize the excellent work of the CISE staff and program directors. CISE thanks those program directors who are returning to their home institutions and welcomes those who are newly arriving. We greatly appreciate their expertise, dedication, and service to shape the future of our discipline and priorities for our Nation.

In order to enhance community engagement and augment our communications, CISE has expanded the use of our Twitter account. In addition to the automated tweets that currently flag news and new funding opportunities, we will begin including additional announcements in the coming weeks. If you do not already follow us, we invite you to subscribe to our feed at @NSF_CISE.

Computer and information science and engineering, as a discipline, has a rich intellectual agenda. The work of the CISE community provides the intellectual rigor and tools needed to expand the scope of knowledge in all areas of science and engineering and is critical in addressing our national priorities of health, energy, transportation, education and life-long learning, and public safety and emergency preparedness. We invite you to take advantage of the many opportunities CISE offers, of which only a few were highlighted here.  We look forward to working with you in the upcoming year! 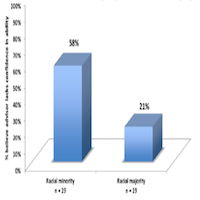 CRA Staff Update
Scroll to top
We use cookies to understand how you use our site and to improve your experience. By continuing to use our site, you accept our use of cookies.Accept Read More
Disclaimer
Privacy Overview