Last month, Google announced the recipients of its Summer 2013 Research Awards, and two former Computing Innovation Fellows (CIFellows) were among the winners: Mohit Tiwari and Katrina Ligget. These awards are made to researchers in computer science which cover tuition for graduate students and provide the opportunity to work with Google scientists and engineers.

Ligget was a 2009-2010 CIFellow at Cornell University.  She is now an Assistant Professor of Computer Science and Engineering at the California Institute of Technology.  Her research award is for work on understanding how to price private information, and on the mechanisms for eliciting such information.  This work is an outgrowth of the privacy and game theory work completed during her CIFellowship.  Earlier this year, Ligget was awarded a Microsoft Research Faculty Fellowship.

Tiwari was a 2011 – 2013 CIFellow at the University of California, Berkeley. He is now an Assistant Professor at University of Texas at Austin.  He discusses his path as a CIFellow and his Google Research Award below.

A fair number of about-to-graduate students have asked me about my experience as a post-doc and its impact on my job search, so I wanted to share my experiences with a wider audience. The following report on my post-doc experience thus adds another data point to the CIFellows project. For students considering a post-doc – it is a great opportunity to work on problems you care about and learn skills that you are interested in, even if you are not targeting an academic position. For administrators considering funding more post-docs- please do so!  Completing a post-doc with professors whose work I admired and in a place that promised top-notch scientists has contributed to my success.

I started my post-doc in August 2011 after completing graduate work with Professor Tim Sherwood at UC Santa Barbara. At the ASPLOS’11 conference, I  discussed my work on security and computer architecture with Professor Krste Asanovic, who offered me a postdoc position at UC Berkeley and to start a collaboration between his group and the security group led by Professor Dawn Song. Our initial discussions were key to our CIFellow proposal, making the case for a good mutual fit.

At Berkeley, we started new projects to protect users’ data from malicious applications and data-center providers. This research requires building new hardware and also modifying operating systems and application frameworks, and Berkeley’s systems and the security groups proved to be a major help; first as a source of colleagues to work with and discuss ideas, and second, for providing existing infrastructure (such as the Chisel hardware description language and a RISC-V CPU) that we could build on and interface with our designs.

Further, Berkeley has a strong tradition of engaging with industry through 3-day retreats in Santa Cruz and Tahoe, and through centers such as Intel’s SCRUB. UCB has a large EECS department and sequestering about 50 students in a lodge was a great way to generate internal collaboration among students, visiting professors, and researchers from a diverse set of companies.

In addition to my research at Berkeley, I attended mentoring workshops organized by CRA immediately prior to my interview season. Professors at various stages in their careers spoke about how they approach the task of doing research and teaching, while balancing families, and community service. Speakers discussed how they selected research problems, built their labs, and structured their courses — all information that is now proving very handy indeed.

My interviews were a very productive source of ideas and collaborators: I established a joint project with the security and programming languages groups at University of Maryland and started a project with Professor Vijay Reddi in advance of my arrival at UT. These projects span security, privacy, and computer architectures – now funded by NSF and through the Google Research Award — and illustrate how the CIFellow post-doc enabled my lab to begin with a running start. 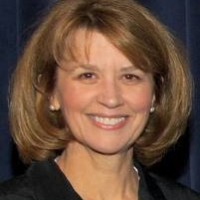 In Memoriam: Mary Jean Harrold, Former CRA Board Member and CRA-W Co-Chair
Scroll to top
We use cookies to understand how you use our site and to improve your experience. By continuing to use our site, you accept our use of cookies.Accept Read More
Disclaimer
Privacy Overview