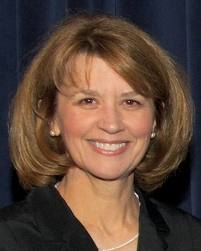 On September 19, 2013, the computer science research community lost a stellar and vibrant, researcher and leader, Mary Jean Harrold, Professor in the School of Computer Science at Georgia Institute of Technology, age 66, from cancer.

Mary Jean was a mathematics teacher after college, and then went on to earn her PhD in Computer Science at the University of Pittsburgh, advised by Mary Lou Soffa in 1988. She served on the faculty of Clemson and Ohio State Universities before joining Georgia Tech in 1999.

Mary Jean’s outstanding research contributions were in the area of software testing and analysis, where she sought to automate more of the software engineering process. Mary Jean was recognized as an ACM Fellow in 2003 and an IEEE Fellow in 2011.  She was the NSF ADVANCE Professor in Computing at Georgia Tech. Her foundational contributions to Software Engineering are highly cited and very influential, receiving numerous best paper awards. A study published in the Communications of the ACM in 2007 recognized her as the top software engineering scholar in the world.

In addition to her exemplary research career, Mary Jean dedicated herself to the computer science community through her unending service. She served on the CRA Board of Directors for 9 years (2004 to 2013). She served on numerous program committees, editorial boards, and in leadership positions such as the General Chair of ACM SIGSOFT Foundations of Software Engineering 2008, Vice Chair of ACM SIGSOFT (2001-2005), Program Co-chair of the IEEE International Conference on Software Engineering 2001, and Program Chair of ACM SIGSOFT International Symposium on Software Testing and Analysis 2000.

Mary Jean was particularly effective and energetic as CRA-W Co-Chair and Board member. She was a role model, leader, and initiator of programs to increase the number of women participating and succeeding in computer science research careers.  She was CRA-W Co-Chair (2003 to 2006) and led the Distributed Research Experiences for Undergraduates (DREU) program for several years. Mary Jean was an inspiring speaker and mentor every year at CRA-W, CRA, and ICSE mentoring events, influencing hundreds of students and young researchers.

Mary Jean was also a disciplined and inspiring mentor for her own PhD students, training over 14 PhD students to become independent, outstanding researchers. She was also extremely effective in mentoring junior faculty, helping several members of the computing community grow to the next level.  Her approach to PhD training and mentoring colleagues was highly personalized to the strengths and needs of each individual person.  Below are a few remembrances from some of her students and colleagues.

Mary Jean was devoted to her husband of 45 years, Tom (Fuzzy) Harrold; sons, Tom and Marc; daughter-in-law, Linda, and her two grandchildren, Tommy and Matt, who were an incredible delight to her. Her work and passion will last through her family, students, and collaborators.

Mary Jean Harrold was a beautiful person with a wonderful smile, a true friend, and an inspiration to many people. She will be sorely missed by her family and the computing research community.