This article is published in the November 2013 issue.

Startup non-profit Code.org is working to make inroads into one of the most gaping holes in education. Out of all students taking advanced math and science courses at the K-12 level, only two percent are studying computer science, despite the fact that over half of all STEM jobs are in computing. Code.org founders, tech entrepreneurs Ali and Hadi Partovi, saw something wrong with this picture. The organization’s first project, a short film on the importance of learning computer programming, went viral. Now, Code.org is advancing with long-term policy and education initiatives to bring computer science to all K-12 schools — and a campaign this December to get 10 million students to try it out.

In February, we began with a film and a message: every student, in every school, should have the opportunity to learn computer science. The film, “What Most Schools Don’t Teach,” featuring leaders from all walks of life — from Bill Gates and Mark Zuckerberg to Chris Bosh of the Miami Heat and will.i.am of the Black Eyed Peas — encouraged more students to learn computer programming, starting with the basics.

Views on our film quickly passed 13 million, and we were able to take computer science education into the spotlight of NBC’s Today Show. Over 800,000 visitors to our website have signed a petition supporting the idea that every school should teach computer science. Since then, more than 13,000 educators have asked for our help to bring computer science to their schools, and more than 25,000 engineers have volunteered to teach computer programming in their communities.

At a time when computer programming jobs outnumber computer science graduates three-to-one — a difference that adds up to a million unfilled jobs by 2020 — we’ve been encouraged by the response to our work thus far.

The first step of this effort was partnering with ACM and merging with advocacy coalition Computing in the Core and education non-profit Technically Learning.

Code.org is now rolling out an agenda to bring introductory computer science courses into 100 U.S. high schools and 1,000 K-8 schools by next fall.

For elementary and middle schools, we are developing an open source curriculum for students and teachers based on Blockly, a visual, drag-and-drop language. A blend of online, self-guided activities and innovative “unplugged” curriculum activities for whole classrooms will be offered. 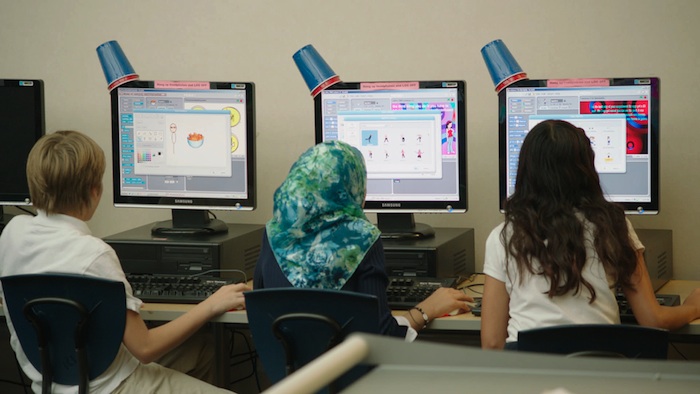 We are working to reach more students with culturally-relevant curriculum aims to that attracts more diverse students to CS,
and turn around the fact that both female students, and students of color, are greatly underrepresented in the field.

For high schools, we have partnered with the NSF-funded group Exploring Computer Science to offer a well-tested course by the same name. The inquiry-based, culturally-relevant curriculum aims to attract more diverse students to CS and turn around the fact that both female students and students of color, are greatly underrepresented in the field, starting at the K-12 level.

Code.org is also partnering with the College Board and veteran CS educators to create curriculum for a new Advanced Placement (AP) course called AP Computer Science Principles (CS P). This class will meet the rigor of an AP, but should have a broader appeal than the current, programming-centric AP Computer Science A (AP CS A). AP CS P will feature material that goes beyond programming — focusing on the big picture of how computer science impacts our world — to be more accessible and valuable for students interested in all career paths. The AP CS P test will debut in 2016-17.

After proving performance in 100 U.S. high schools, we hope to expand this curriculum into more districts — especially in urban and rural areas — by the following year.

Computing in the Core, which the Computing Research Association has been a member of from its founding, continues its advocacy work at both the federal and state levels to remove regulatory blocks that are keeping computer science out of the “core” grade K-12 curriculum. At the federal level, we’ve endorsed a bipartisan solution to help removebarriers for K-12 computer science education called the Computer Science Education Act (HR 2536/S 1407). In a divisive time in politics, it is heartening to see legislators coming together on the need to strengthen K-12 computer science education.

At the state level, our headline goal is to change graduation requirements to allow quality CS courses to satisfy existing core math and science requirements for graduation. Only 13 states and the District of Columbia allow students to count rigorous computer science courses toward a math or science graduation requirement. Adopting this policy can make way for even wider access. For example, the NCAA recently made a change to its eligibility requirements for incoming student athletes. If a computer science course contains significant programming elements and counts toward a mathematics and/or science credit in a school district, it will automatically meet NCAA student-athlete entrance requirements. This positive change updates the NCAA’s previous policy in which CS courses did not count toward these requirements.

This “make CS count” campaign can extend to four-year institutions, as well. Faculty can reach out to their admissions offices to encourage them to allow computer science courses to count toward admission requirements for incoming students. As more and more school districts begin treating rigorous computer science as a math or science course, the lift of shifting admission requirements should become easier.

Changing the conversation around computer science among students

This year, as part of the annual Computer Science Education Week (December 9-15), we are organizing our most ambitious campaign yet: the “Hour of Code.” Our goal is for 10 million students — and adults — to try computer science for one hour. It’s a project that seeks to draw attention to the need for CS education and to bolster our long-term education and advocacy efforts. We expect a significant percentage of students who try the “Hour of Code” to go on and complete a more thorough 20-hour online tutorial, and ultimately graduate to a more formal study of computer science.

The “Hour of Code” is a self-guided activity. Multiple hour-long tutorials will be available at http://csedweek.org from a variety of third parties such as Codecademy.org and Scratch. We are also creating our own tutorial using artwork from popular games and featuring video lectures from Bill Gates and Mark Zuckerberg. The tutorials aim to demystify computer science, to prove that the basics are approachable, and inspire more K-12 students to take interest in computer programming.

Our goal is for 10 million students — and adults — to try computer science for one hour during this year’s Computer Science Education Week (Dec. 9-15).

We’re grateful for the generosity of partners like Microsoft, Google, Apple, Amazon, the Boys & Girls Clubs of America, and hundreds of others who are helping Code.org organize, promote, and sponsor this campaign.

For example, every educator who registers their class to participate in the Hour of Code will receive 10GB of free DropBox storage. And Code.org is donating a full class-set of laptops to one school in every U.S. state that hosts an Hour of Code for all grades and registers before November 15. More rewards will be announced as Computer Science Education Week nears.

Too many students are intimidated by computer programming. With the Hour of Code, the computing community has a unique opportunity to dramatically expand awareness of and interest in computer science in the 90 percent of U.S. schools that don’t offer it today. This matters because we believe computer science is a foundational literacy for all career paths in the 21st century.

Please join us and host an Hour of Code in your community. This is our chance to make CS history. To learn more visit http://csedweek.org. There, you can download participation kits, watch a “how to” video, and sign up to register — and then ask friends and colleagues to do the same. 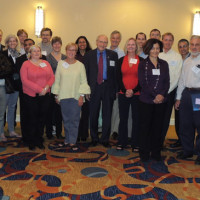 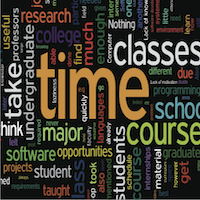 College graduates talk about why they weren’t involved in more activities...
Scroll to top
We use cookies to understand how you use our site and to improve your experience. By continuing to use our site, you accept our use of cookies.Accept Read More
Disclaimer
Privacy Overview