This article is published in the August 2014 issue.

The Computing Community Consortium (the “CCC”) was created to catalyze and enable computing research, to promote “audacious thinking”, and to align the interests of the computer science community with problems of national interest. Since its beginnings in 2006, the CCC, under the leadership of its founding chair, Ed Lazowska, and founding vice-chair, Susan Graham, has unquestionably had a transformative impact through its Visioning workshops, Visions and Challenges conference tracks (now Blue Sky Ideas Tracks), the Leadership in Science Policy Institute, the Computing Innovation Fellows program, and more. Major multi-agency funding programs, including Big Data, the National Robotics Initiative, and Smart and Connected Health, have all been influenced by the CCC in one way or another.

This year marked a “coming of age” for the CCC as I succeeded Susan Graham as Chair of the council, and Beth Mynatt (Georgia Tech) became Vice-Chair. This initiates a planned two-year succession of Chairs of the council, as prescribed by our newly minted bylaws. In short, the CCC has transitioned from “startup mode,” and is now operating as a long-term sustainable organization, fully chartered as a sub-committee of CRA and funded under a cooperative agreement by NSF.

Following Ed and Susan as chair is going to be a real challenge. However, the beauty of Computer Science is its remarkable ability to continually reinvent and redefine itself, and so also for the CCC. If I were to articulate one overarching goal for my chairmanship, it would be to further empower the council, and the community at large, to embrace change, to actively debate and challenge each other with new ideas, and to invent new ways to enhance and communicate the vitality and impact of computing research.

So, what lies ahead for the CCC? The future is never certain, but here are a few thoughts on where the computing community (and CCC) will be headed as our field continues to push the boundaries in both core technologies and enabling new interdisciplinary fields.

In closing, I want to emphasize that we are here for you, the computing community. Help us to help you by participating in CCC events, by proposing new ideas for Visioning Workshops, by bringing Blue Sky Ideas tracks to your conferences to encourage out-of-the box thinking, and by sending us your ideas and thoughts for how we can better serve the computing research community. 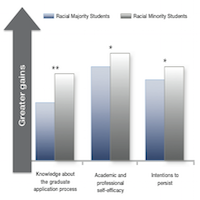 Taulbee 2014
Scroll to top
We use cookies to understand how you use our site and to improve your experience. By continuing to use our site, you accept our use of cookies.Accept Read More
Disclaimer
Privacy Overview