This fall, CRA is implementing a major upgrade to the Taulbee survey.

Why a new Taulbee? We began with the goal of developing the long-requested ability for each department to select an individual peer group and compare key results. As we looked into it, we realized that the entire Taulbee process needed improvement. There were too many user-unfriendly aspects to the online interface, too many ways for bad data to slip through, and too many manual steps in the analysis. We wanted to provide peer group reporting, but even more than that, we wanted to improve the timeliness and accuracy of information available to the computing community.

But I rely on Taulbee! Don’t change it! We’re changing the infrastructure, not the substance. This year’s survey will ask for the same data as last year. The same reports will go back to participating departments and be published in CRN.

So what’s new? The underlying survey software and data management are completely different. After reviewing responses to an RFP, we selected a vendor called Peerfocus ( www.peerfocus.com ) that specializes in helping associations conduct Taulbee-like functions of collecting data from individual members and reporting back aggregate results without letting members see each others’ individual responses. Their existing clients include several higher education associations, and their software already had many of the features we required and some we hadn’t thought to ask for. The new platform will also have enhanced security capabilities.

What’s been done so far? Peerfocus has been working with CRA to configure and customize their system to Taulbee’s requirements. Survey entry was beta tested by 12 departments at 11 institutions who re-entered their 2013 Taulbee data; we made a number of fixes and adjustments based on their feedback. (Thanks to the testers at Carnegie Mellon, Drexel, Duke, Georgia Tech, Ohio State, Purdue, Rochester Institute of Technology, University of Maryland Baltimore County, University of Massachusetts Amherst, University of Toronto, and University of Utah.) The new system was demoed at Snowbird in July.

What will the obvious differences be?

2. The survey pages will look different (but collect the same data).

3. There will be additional data validation, including the ability to compare to previous year’s data so that the system can question if, for example, you awarded 175 BS degrees last year but report awarding either 18 or 1800 this year.

4. There are administrative features built into the system that mean you should see fewer general messages to all Taulbee users, and more that are applicable to your particular status.

5. There is a section at the end of the survey for feedback on the survey process itself. We welcome your comments and will be very attentive to issues and concerns with the new system so that we can make further improvements.

There will be a user guide to the new system to help make the changeover. 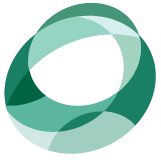 CERP Receives Additional Grant Funding
Scroll to top
We use cookies to understand how you use our site and to improve your experience. By continuing to use our site, you accept our use of cookies.Accept Read More
Disclaimer
Privacy Overview