This article is published in the November 2014 issue.

Advanced computing is being used to tackle a rapidly growing range of science and engineering problems. At the National Science Foundation’s request, the National Research Council is examining future needs and priorities for advanced computing and is developing a framework to guide future investments. Community input will inform the creation of the final report, which the NRC will release in 2015.

For more on the study, to view the NRC’s interim report, and to submit comments, visit nas.edu/ScienceComputing. Comments should be submitted by January 31, 2015.

The Computing Research Association invites nominations for the CRA Distinguished Service Award and the A. Nico Habermann Award for 2015.

Nominees Sought for CRA Board

The Computing Research Association seeks your help in suggesting nominations for its Board of Directors. We seek individuals who have time, energy, initiative, and resources to work on CRA issues on behalf of the entire CRA community. Ours is a working board, and all members are expected to do a fair share of the work.

The deadline for receipt of nominations is December 5, 2014. Additional information is available at https://cra.org/about/nominees. Click here to download the nomination form. Questions can be sent to elections [at] cra.org.

We are now accepting applications for the 2015 CRA-W Grad Cohort Workshop scheduled to take place in San Francisco, California on April 10-11, 2015. 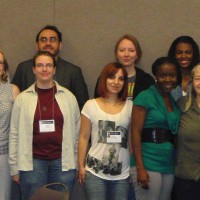 Broadening Participation in AI
Scroll to top
We use cookies to understand how you use our site and to improve your experience. By continuing to use our site, you accept our use of cookies.Accept Read More
Disclaimer
Privacy Overview