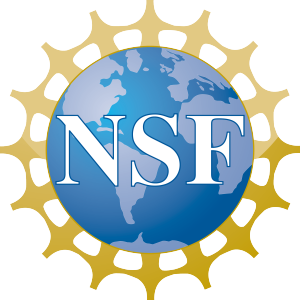 In late March, NSF’s Directorate for Computer and Information Science and Engineering (CISE) sponsored a meeting, “Beyond Today’s Internet: Experiencing a Smarter Future,” which brought together researchers, educators, entrepreneurs, and civic leaders who are envisioning the future of the Internet through the Global Environment for Network Innovations, or GENI, Project and US Ignite Initiative. The joint session began with remarks by NSF Director Dr. France Córdova and White House Office of Science and Technology Policy Deputy Director for Technology and Innovation Tom Kalil, followed by demonstrations of what this future might entail, as detailed in a blog by Steve Lohr of the New York Times. NSF published a new special report with links to a press release, discovery stories, and videos that demonstrate the efforts of these communities, and CISE published a new perspective, which is reprinted below:

Beyond today’s Internet: Experiencing a smart and connected future

A perspective from Erwin Gianchandani, Deputy Division Director for Computer and Network Systems

Nearly 30 years ago, NSF initiated NSFNET, a general-purpose research network that sought to link scientists and engineers to the nation’s supercomputing facilities. Through additional public funding and private industry partnerships, NSFNET led to breakthrough discoveries in network architectures, protocols, and applications – that in turn ultimately developed into a major part of the backbone of today’s Internet.

Along with the Internet came essential and fundamental advances in networking and information technology that have transformed our world – from sensor networks to real-time data analytics to mobile and ubiquitous computing. Today, we all carry smartphones and tablets. We communicate with one another via emails transmitted over the Internet. And “Google” – which traces its origins back to NSF funding of a Stanford digital library project in the 1990s – is a verb and has grown into a multi-billion-dollar corporation.

Taken together, our fundamental research advances over the last several decades have accelerated the pace of discovery in nearly all fields – and they have enabled us to achieve national priorities and advance economic competitiveness.

But we haven’t stopped innovating the Internet despite these advances. NSF’s Directorate for Computer and Information Science and Engineering (CISE) has led long-term, significant investments in the Global Environment for Network Innovations, or GENI Project, and the US Ignite initiative. By investing in future networking architectures, protocols, and applications, and by helping to nurture and grow communities of researchers, experimenters, and developers, NSF continues to advance the capabilities and user experiences afforded by the Internet for generations to come.

A Global Environment for Network Innovations

Since its inception in 2007, NSF’s investments in GENI have allowed us to build an at-scale virtual laboratory for networking experimentation. Today, GENI spans over 60 university campuses throughout the U.S. as well as collaborators in over 30 countries around the world.

1. First, it enables individual researchers to obtain access to their own secure “slice” of the network to conduct experiments.

2. And second, it allows for control of the network to be separate from the data flowing through it, enabling researchers and developers to customize experiments and applications, and to try radically new approaches for real-time, secure, enhanced, and personalized user experiences.

To date, more than 3,500 researchers around the globe have used GENI to conduct networking and other scientific experiments in ways that are simply not possible on today’s production Internet. And over 100,000 unique customizations have been created.

The innovations enabled by GENI – slicing and deep programmability – have also led to a new paradigm called Software-Defined Networking (SDN). Through partnerships with leading networking companies, SDN has become a multi-billion-dollar sector in just a matter of years – and it is anticipated to top $35 billion in market value by the year 2018.

To leverage our investments in GENI and take advantage of this programmable virtual laboratory, NSF, in collaboration with other federal, state, and local governments and industry partners, launched the US Ignite initiative in 2012.

US Ignite is connecting “islands” of broadband across the nation and demonstrating the potential of game-changing new applications that take advantage of ultra-high speed connections. These “apps” are offering new ways to provide never-before-imagined services that are in turn beginning to transform public safety, healthcare, education and learning, energy, transportation, manufacturing, and more.

Showcasing the potential of these next-generation applications, especially in addressing societal challenges, has proven that access to ultra-high-speed network connections is critically important for our future. It has also begun to demonstrate how a novel approach – a “user-inspired” model for advancing gigabit networks – is having an impact. For too long, there has been a fundamental deadlock: there has been insufficient investment in gigabit applications that can take advantage of advanced networking infrastructure because such infrastructure is rare and dispersed; and conversely, there has been a lack of broad availability of advanced broadband infrastructure for open experimentation and innovation because there are few advanced applications and services to justify it. We are breaking this deadlock by inspiring users themselves – through imagining, prototyping, and developing public-sector gigabit applications, and leveraging and extending a network testbed across U.S. campuses, cities, and regions.

In fact, since US Ignite’s launch three years ago, we have seen nearly 40 cities and regions across the nation deploy gigabit connections to homes and businesses – and over 100 concepts or prototypes of applications that use these advanced networks have emerged. One app has resulted in operational improvements in emergency response following disasters. Another has catalyzed a small business with a commercial product called FitNet that analyzes high-quality video of individuals’ exercise routines to provide personalized and real-time feedback to improve their health.

Toward a Smart and Connected Future

The result is that secure, programmable networks and next-generation apps are making their way into schools, libraries, hospitals and homes in communities across the nation. Through the hard work of researchers, educators, entrepreneurs, and civic leaders alike, these technologies are giving rise to transformational approaches for conducting science and engineering broadly – and they are fostering game-changing innovation throughout the entire Internet ecosystem.

NSF continues to facilitate the involvement of citizens and community organizations in building and experimenting with multiple advanced networking applications addressing national priorities. We are especially interested in fostering efforts that support mechanisms and processes to rapidly share and scale up innovations by transferring applications shown to be useful in once city/region to other cities/regions.

Ultimately, a key goal is to support mechanisms that will enable cities and regions to develop a smart and connected national ecosystem supporting applications of advanced networking. 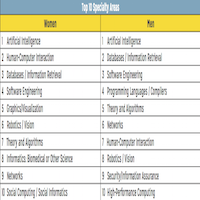