Beginning July 1, the new members will each serve three-year terms. The CCC Council is comprised of 20 members who have expertise in diverse areas of computing. They are instrumental in leading CCC’s visioning programs, which help create and enable visions for future computing research. Members serve staggered three-year terms that rotate every July.

The CCC, CRA and NSF thank those Council members whose terms end on June 30 for their exceptional dedication and service to the CCC and to the broader computing research community:

The CCC encourages participation from all members of the computing research community. Each fall, the CCC issues a call for proposals for visioning activities. Each spring, the CCC issues a call for nominations for Council members effective the following July. For more information, please visit the CCC website or contact Dr. Ann W. Drobnis, CCC Director, at adrobnis@cra.org.

Cynthia Dwork is known for her research placing privacy-preserving data analysis on a mathematically rigorous foundation, including the co-invention of differential privacy, a strong privacy guarantee frequently permitting highly accurate data analysis. She was elected as a Fellow of the American Academy of Arts and Sciences (AAAS) in 2008, as a member of the National Academy of Engineering in 2008, and as a member of the National Academy of Sciences in 2014. She received the Dijkstra Prize in 2007 for her work on consensus problems together with Nancy Lynch and Larry Stockmeyer. Dwork received her B.S.E. from Princeton University in 1979, graduating Cum Laude, and receiving the Charles Ira Young Award for Excellence in Independent Research. Dwork received her Ph.D. from Cornell University in 1983. For additional information visit:http://research.microsoft.com/en-us/people/dwork/.

Kevin Fu is Associate Professor of Electrical Engineering and Computer Science at the University of Michigan where he directs the Archimedes Center for Medical Device Security and the Security and Privacy Research Group. His research investigates how to achieve trustworthy computing on embedded devices with application to health care, commerce, and communication. His participation in the provocative 2008 research paper analyzing the security of a pacemaker/defibrillator led to a watershed moment in cybersecurity for medical device manufacturing and regulatory science. Prof. Fu received his Ph.D. in EECS from MIT where his doctoral research pertained to secure storage and web authentication. Fu received a Sloan Research Fellowship, NSF CAREER award, Fed100 Award, and best paper awards from various academic silos of computing. The research is featured in critical articles by the NYT, WSJ, and NPR. Kevin was named MIT Technology Review TR35 Innovator of the Year for work on medical device security. Kevin has testified in Congress on health matters and has written commissioned work for the Institute of Medicine of the National Academies. He served as a visiting scientist at the Food & Drug Administration, the Beth Israel Deaconess Medical Center of Harvard Medical School, Microsoft Research, and MIT CSAIL. Previous employers include Bellcore, Cisco Systems, HP Labs, and Holland Community Hospital. He is a member of the ACM Committee on Computers and Public Policy and the NIST Information Security and Privacy Advisory Board. He is a principal investigator of Trustworthy Health & Wellness. Prior to joining Michigan, he served on the faculty at UMass Amherst. Kevin also holds a certificate of achievement in artisanal bread making from the French Culinary Institute. For more information visit:https://web.eecs.umich.edu/~kevinfu/.

Daniel Lopresti received his bachelor’s degree from Dartmouth in 1982 and his Ph.D. in computer science from Princeton in 1987. After completing his doctorate, he joined the Department of Computer Science at Brown and taught courses ranging from VLSI design to computational aspects of molecular biology and conducted research in parallel computing and VLSI CAD. He went on to help found the Matsushita Information Technology Laboratory in Princeton, and later also served on the research staff at Bell Labs where his work turned to document analysis, handwriting recognition, and biometric security.

In 2003, Dr. Lopresti joined the Department of Computer Science and Engineering at Lehigh where his research examines fundamental algorithmic and systems-related questions in pattern recognition, bioinformatics, and security. Dr. Lopresti is director of the Lehigh Pattern Recognition Research (PatRec) Lab. On July 1, 2009, he became Chair of the Department of Computer Science and Engineering. Effective July 1, 2014, he assumed the role of Interim Dean of the P. C. Rossin College of Engineering and Applied Science at Lehigh. For additional information visit: http://www.cse.lehigh.edu/~lopresti/.

Shwetak N. Patel is the Washington Research Foundation Entrepreneurship Endowed Professor in Computer Science and Engineering and Electrical Engineering at the University of Washington, where he directs his research group, the Ubicomp Lab. His research interests are in the areas of Human-Computer Interaction, Ubiquitous Computing, Sensor-enabled Embedded Systems, and User Interface Software and Technology. He is particularly interested in developing new sensing technologies with a particular emphasis on energy monitoring and health applications for the home.

Dr. Patel was a founder of Zensi, Inc., a residential energy monitoring company, which was acquired by Belkin, Inc in 2010. He is also a co-founder of SNUPI Technologies, a low-power wireless sensor company. He received his Ph.D. in Computer Science from the Georgia Institute of Technology in 2008 and B.S. in Computer Science in 2003. Dr. Patel is a recipient of a MacArthur Fellowship (2011), Microsoft Research Faculty Fellowship (2011), Sloan Fellowship (2012), TR-35 Award (2009), World Economic Forum Young Global Scientist Award (2013), and an NSF Career Award (2013). He was also was named top innovator of the year by Seattle Business Magazine and Newsmaker of the year by Seattle Business Journal in 2011. His past work was also honored by the New York Times as a top technology of the year in 2005. For more information visit: http://abstract.cs.washington.edu/~shwetak/.

Katherine Yelick is a Professor of Electrical Engineering and Computer Sciences at the University of California at Berkeley and is also the Associate Laboratory Director for Computing Sciences at Lawrence Berkeley National Laboratory. She is the co-author of two books and more than 100 refereed technical papers on parallel languages, compilers, algorithms, libraries, architecture, and storage. She co-invented the UPC and Titanium languages and demonstrated their applicability across architectures through the use of novel runtime and compilation methods. She also co-developed techniques for self-tuning numerical libraries, including the first self-tuned library for sparse matrix kernels which automatically adapts the code to properties of the matrix structure and machine. Her work includes performance analysis and modeling as well as optimization techniques for memory hierarchies, multicore processors, communication libraries, and processor accelerators. She has worked with interdisciplinary teams on application scaling, and her own applications work includes parallelization of a model for blood flow in the heart. She earned her Ph.D. in Electrical Engineering and Computer Science from MIT and has been a professor of Electrical Engineering and Computer Sciences at UC Berkeley since 1991 with a joint research appointment at Berkeley Lab since 1996. She has received multiple research and teaching awards and is a member of the California Council on Science and Technology and a member of the National Academies committee on Sustaining Growth in Computing Performance. For more information visit: http://www.cs.berkeley.edu/~yelick/. 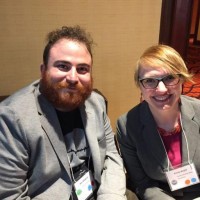 Computing Education Research Becomes a Research Area in CISE’s CAREER Pro...
Scroll to top
We use cookies to understand how you use our site and to improve your experience. By continuing to use our site, you accept our use of cookies.Accept Read More
Disclaimer
Privacy Overview