The Computing Community Consortium (CCC) is excited to release a report titled Quantification, Communication, and Interpretation of Uncertainty in Simulation and Data Science, the result of the Uncertainty in Computation Visioning Workshop, which was held in Washington, D.C. in mid-October 2014.

The workshop brought together more than 40 scientists from different disciplines including simulation and data science, engineering, statistics, applied mathematics, visualization, decision science, and psychology. The overarching goal of the workshop was to open a discussion between experts with diverse scientific backgrounds about the topic of uncertainty/risk and its communication. Workshop participants identified significant shortcomings in the ways we currently process, present, and interpret uncertain data.

The recommendations are below:

The current state of affairs in the quantification, communication, and interpretation of uncertainty in simulation and data science is creating critical challenges, but it also presents important opportunities.

See the full report and the workshop website, for more information. 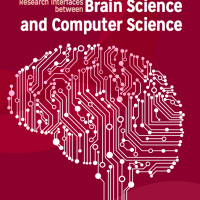 CCC BRAIN Workshop Report
Scroll to top
We use cookies to understand how you use our site and to improve your experience. By continuing to use our site, you accept our use of cookies.Accept Read More
Disclaimer
Privacy Overview