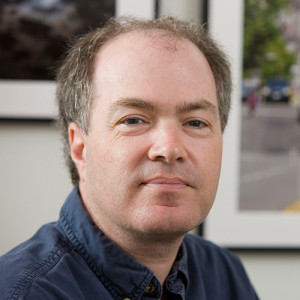 Scott Jordan is the Chief Technologist of the Federal Communications Commission (FCC). While at the FCC, Jordan is on leave for governmental service from the University of California, Irvine, where he is a professor of computer science. His research has focused on Internet quality of service issues, including traffic management and resource allocation, in both wired and wireless networks. His current research interests are Internet policy issues, including net neutrality, data caps, and device attachment. In 2006, he served as an IEEE Congressional Fellow, working in the United States Senate on communications policy issues.

Jordan has been at the FCC since September 2014.

What do you do in your current position?

The FCC is an independent U.S. governmental agency overseen by Congress. It is the United States’ primary authority for communications law, regulation and technological innovation. The FCC regulates communications in the United States, including broadband Internet access services, cable television, and mobile phone service. The FCC adopts rules as necessary to carry out its responsibilities.

My role at the FCC is to advise on technological issues across the Commission. I have advised on technological issues in the Open Internet Order, in the merger between Comcast and Time Warner Cable, in the merger between AT&T and DirecTV, and in the FCC’s Measuring Broadband America program. I’ve also assisted advisory committees that provide valuable input from a range of stakeholders, including the Downloadable Security Technology Advisory Committee and the Technological Advisory Council.

What do you hope to accomplish in your time in D.C.?

The computing community should play an important public service role in the creation of communication laws and regulations. The most effective and long-lasting approaches to communications policy result from an interdisciplinary melding of law and economics with technological understanding.

I accepted the position because I strongly believe in public service, and in the potential to contribute to the formation of communications public policy in the public interest. I’ve been lucky to have had a chance to contribute to several efforts that are addressing critical policy aspects of the evolution in Internet architecture.

How can the computing community participate in your work?

Most FCC rules are adopted under a process that encourages the public to comment on proposed rules and regulations. If you are interested in proposed rules, I encourage you to file a comment. We also welcome visits by the computing community to ensure that FCC policies are driving technological innovation.

What are your thoughts on the experience so far?

The experience has been fascinating. The chance to contribute to the formation of public policy in an area that I’ve been conducting research for many years is invaluable. My previous experience as a Congressional Fellow opened up a number of interdisciplinary research and teaching opportunities, and I expect this experience will inspire even more.

As part of CRA’s mission to help the computing research community become more engaged in policymaking and programmatic roles in D.C., we’ve embarked on a new effort to highlight the work of members of the computing research community who have taken the plunge and chosen to serve the nation in policymaking roles. This new column will provide these policymaking researchers an opportunity to highlight work that the community should know about, as well as raise awareness of the types of opportunities that are available to those interested in serving. 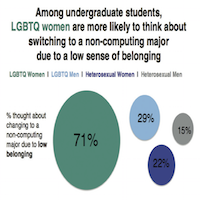 Financial Aspects of Doctoral Study for Women in Computing, 1998-2013
Scroll to top
We use cookies to understand how you use our site and to improve your experience. By continuing to use our site, you accept our use of cookies.Accept Read More
Disclaimer
Privacy Overview