This article is published in the October 2016 issue.

Graduate students in STEM fields can find their M.S. and doctoral experiences to be both isolating and academically challenging. Loneliness can be particularly poignant when the graduate student is a member of an underrepresented group; has had an undergraduate experience that was connected by school spirit, such as collectively rooting for the college’s sports teams; or has participated in group-based academic student success initiatives, such as the Society for Hispanic Professional Engineers, which primarily connect to undergraduate students.

To combat isolation, PROMISE: Maryland’s Alliance for Graduate Education and the Professoriate (AGEP), a program sponsored by the National Science Foundation, hosts the annual Summer Success Institute (SSI), a pre-semester weekend conference in August for graduate students. The SSI features professional development activities that directly cater to the needs of graduate students in STEM, and peripherally to “postdoctoral fellows, professors, and career professionals (PP&P).” The SSI was developed to connect graduate students before the start of fall semester classes by offering seminars and a welcoming environment to address the loneliness factor, mentally prepare them for a new academic year, share tips for professional development, and develop a sense of community. In an effort to provide underrepresented graduate students in STEM with diverse role models and mentors, the SSI speakers are called “Mentors-in-Residence,” and they engage with participants throughout the duration of the conference, not just during their designated keynote speeches and workshop sessions. Furthermore, students provide feedback through evaluations and participate in SSI “Hacking Diversity in STEM” challenges and messaging with the hashtag #ThinkBigDiversity for the past two years. 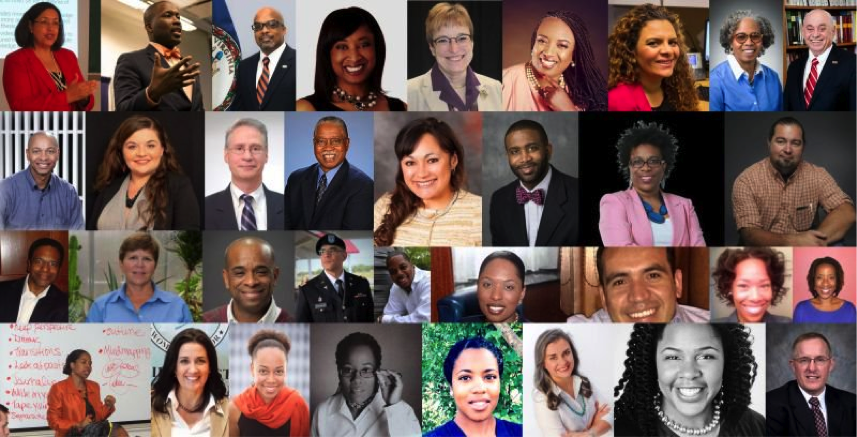 The SSI was founded in 2003 as “Success 2003,” and it included two weeks of programming that occurred at three research universities in Maryland. In 2004, Success 2003 was changed to the Summer Success Institute, and the programming was streamlined into a two-day activity. Mentors’ advice and the relationships they develop with the participants is the core of the SSI. The SSI typically invites 20 visiting mentors to participate each year. These mentors are often from schools outside of Maryland, and include faculty, university administrators, scientists in the non-profit sector, and STEM professionals in government. University presidents with STEM backgrounds have been among the keynote luncheon speakers, including mathematician Freeman Hrabowki, Ph.D., president of the University of Maryland Baltimore County (UMBC), and civil engineer Makola Abdullah, Ph.D., president of Virginia State University.

Hacking Diversity in STEM via #ThinkBigDiversity

In 2015, PROMISE decided to actively engage SSI participants in a brainstorming exercise that would allow students, as a group, to create solutions to graduate school challenges. Ordóñez, a computer scientist at UPR and a PROMISE alumna, introduced the concept of “Hacking Diversity in STEM,” and brought Grandison, a former IBM program manager, to the table. Both Ordóñez and Grandison had experience with hackathons and getting diverse groups involved. With their advice, and tips and financial support from Monica Orta of the MIT Media Lab, PROMISE created a hacking-styled program for the SSI, and themed the conference #ThinkBigDiversity as a combination of the “Think Big” hackathons and the focus on issues that underrepresented STEM scholars experience in higher education.

The #ThinkBigDiversity was used to generate answers to the challenges, and each group had mentors-in-residence who served as guiding coaches. The tweets were analyzed using qualitative content analysis to make inferences from their text. A coding schema was developed, categories were independently defined and grouped, and inter-rater reliability was ensured. The 66 tweets fell into three categories: time management, isolation and family expectations, and obligations to the community. Themed solutions included mindful engagement in face-to-face activities, developing accountability systems, and joining organizations with diverse members and similar interests.

This #ThinkBigDiversity event fostered openness and created a space that facilitated candor and offered professional and peer responses that were responsive to the students’ needs. An analysis of 913 tweets between July 1, 2015, and November 1, 2015 with the hashtag #ThinkBigDiversity revealed that the key themes were time management, isolation, and family expectations. Suggested solutions included the use calendars to schedule, balance, and prioritize tasks; join groups and network without hiding behind technology to tackle isolation; and keep in touch with family members to manage their expectations.

The impact of this “Hacking Diversity in STEM” exercise included peer-to-peer mentoring, engaging of mentors-in-residence, and reducing isolation. Further, the process fostered connections between students, offered advice to overcome fears, provided an invitation for active engagement, and encouraged a community environment to combat isolation. Table 3 shows the recommendations that resulted from the 2015 #ThinkBigDiversity analysis for the group of first year/new incoming students.

Table 3: The Recommendations From 2015 #ThinkBigDiversity Challence for First-Year Students 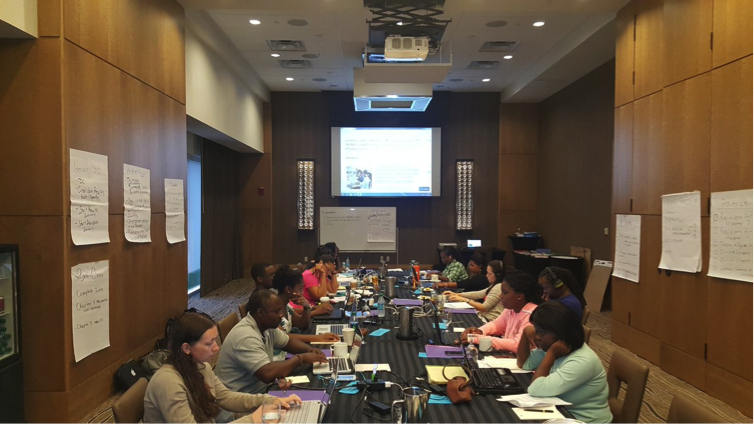 #ThinkBigDiversity: A Continuation of the SSI’s Theme in 2016

The #ThinkBigDiversity exercise of 2015 ushered in a new phase of #ThinkBigDiversity tweets for the SSI in 2016. That August, the SSI brought in social media all-stars to live tweet the conference using the #ThinkBigDiversity hashtag, which was the top trending hashtag during the afternoon. The social media stars included Stephani Page, Ph.D. (creator of the #BLACKandSTEM hashtag); Jedidah Isler, Ph.D. (Vanguard STEM); ‎Chrystelle Vilfranc‎ (Vanguard STEM); Yaihara Fortis-Santiago, Ph.D., (New York Academy of Sciences); and Lopez (Intel and Latinas in Computing). They used the #ThinkBigDiversity hashtag to chronicle the sessions of the 2016 SSI. Table 4 showcases a subset of the 2016 SSI, highlighting the sessions that were tweeted widely. 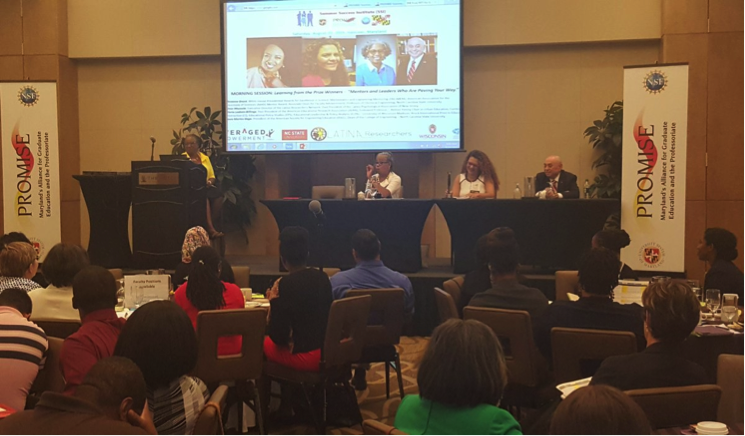 Table 4: SSI Plenary and Workshop Sessions That Were Tweeted With Hashtag #ThinkBigDiversity on August 20, 2016. (Speakers are noted below within parentheses.)

The Circle of Doctorates ROLL CALL, led by Kaye Wise Whitehead, was particularly moving. All the individuals with doctorates in the room surrounded the doctoral candidates, and each candidate repeated their name, institution, degree program, and graduation date in an effort to inspire a commitment from each candidate and to address retention. 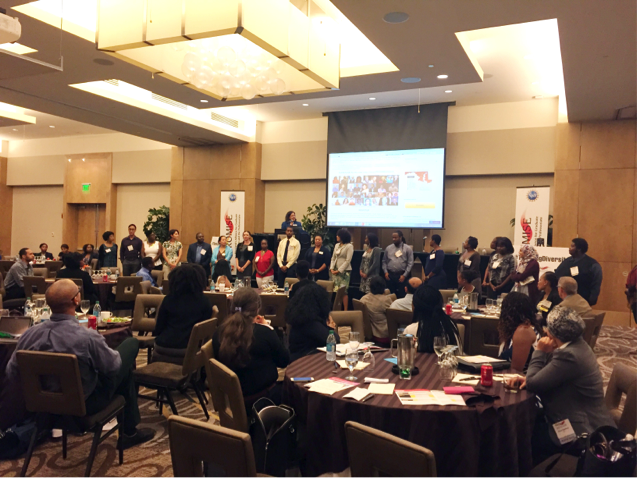 Since July 9, 2015, more than 2,000 tweets have been posted with the hashtag #ThinkBigDiversity. The historical data for this hashtag shows that the tweet stream for 2016, influenced by the SSI, continues to provide encouragement online. Plans for the 2017 SSI will begin in a few weeks, and the successful practice of involving participants in social media interaction has become a tool for engagement and retention for the PROMISE AGEP.

In honor of “The Jessica Effect,” a PROMISE policy that promotes a family-friendly atmosphere at all PROMISE events in honor of Jessica Soto Perez, speakers and participants brought their families with them. The youngest PROMISE attendees were under the age of two.

Renetta Garrison Tull, Ph.D., is associate vice provost for graduate student professional development and postdoctoral affairs at the University of Maryland, Baltimore County. She is also on detail with the University System of Maryland (USM), where she is special assistant to the senior vice chancellor for academic affairs, and director of Pipeline Professional Programs for the system’s 12 academic institutions.  She is the co-PI and founding director for the National Science Foundation’s PROMISE: Maryland’s Alliance for Graduate Education, and co-PI for the Louis Stokes Alliance for Minority Participation and Bridge to the Doctorate programs for the USM. Tull serves on a number of boards for women and diversity in STEM initiatives in the U.S. and Latin America.  She was a “cover girl” for O’Reilly Media’s “Women in Data” issue in 2015, a finalist for the 2015 Global Engineering Deans Council/Airbus Diversity Award, Sci Chic/Medium.com 35 “Women STEM on Social Media Stars” (July 1, 2016), and 2016 winner of the Claire Felbinger Award for Diversity from ABET. She is a Tau Beta Pi “Eminent Engineer” and can be found online at @Renetta_Tull and https://renettatull.wordpress.com/. 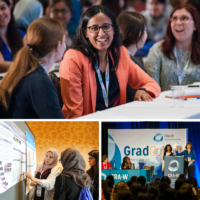 One Hundred Year Study on Artificial Intelligence
Scroll to top
We use cookies to understand how you use our site and to improve your experience. By continuing to use our site, you accept our use of cookies.Accept Read More
Disclaimer
Privacy Overview