The following blog was written by CCC Vice Chair Mark D. Hill, with contributions from Sarita Adve and Alvin Lebeck.

As readers of the Computing Community Consortium (CCC) blog know, CCC seeks to promote information technology research by exposing and developing synergies among researchers, research beneficiaries, and research funders. CCC does this through visioning activities, white papers, a blog, etc.

CCC is pleased to see some of its efforts amplified by specific research communities, e.g., artificial intelligence. Here I highlight my own computer architecture community to encourage you to emulate this amplification in your community.

Over the years, CCC has conducted a number of visioning activities related to computer architecture including 2012’s 21st Century Computer Architecture, 2016’s Arch2030: A Vision of Computer Architecture Research over the Next 15 Years, and 2016’s Nanotechnology-Inspired Information Processing Systems of the Future. In 2017 alone, architecture-related whitepapers include Challenges to Keeping the Computer Industry Centered in the US and Democratizing Design for Future Computing Platforms. Finally, the CCC blog includes architecture-related posts, such as the popular 2014 Capabilities Reincarnated: Compatibility and Better Memory Protection and Whistling Past the Graveyard: What the End of Moores’s Law Means to All of Computing, a 2016 Snowbird panel.

The ACM Special Interest Group on Computer Architecture (SIGARCH) has been working to create vision in computer architecture writ large under the leadership of SIGARCH Chair Sarita Adve. First, SIGARCH has adopted visioning. The 2016 International Symposium on Computer Architecture (ISCA) included a workshop that produced the Arch2030 report mentioned above with encouragement and some funds from CCC. At ISCA 2017, however, SIGARCH has inaugurated its own visioning with a Workshop on Trends In Machine Learning, led by Olivier Temam. SIGARCH also announced an open call for future visioning workshop proposals, spearheaded by Luis Ceze, Joel Emer, and Karin Strauss, patterned after the CCC call. An explicit goal is to catalyze and enable innovative research between computer architecture and other areas.

Second, inspired by the CCC blog, SIGARCH has started a “Computer Architecture Today” blog to highlight ideas and visions, via key work by Alvin Lebeck (the founding editor) and Babak Falsafi (SIGARCH communications lead). See, for example, the post Die Stacking is Happening and the post regarding ISCA 2017. SIGARCH efforts are just starting, and I predict the best is yet to come.

We at CCC applaud this activity and encourage your community to do the same! 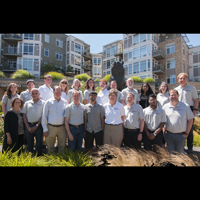 CCC Welcomes New Council Members and Leadership
Scroll to top
We use cookies to understand how you use our site and to improve your experience. By continuing to use our site, you accept our use of cookies.Accept Read More
Disclaimer
Privacy Overview