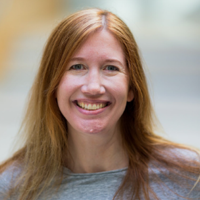 Research shows that it takes 25 minutes to reach full productivity after an interruption, yet we are interrupted every 3 minutes. And even without external interruptions, our focus is fragmented. We look at any given desktop window for an average of only 40 seconds, constantly self-interrupting to check email or Facebook. We also try to complete multiple tasks at once, even though we all know that multitasking typically fails. Our tendency to be easily distracted kept our hunter-and-gatherer ancestors alive when they needed to attend to potential predators, but now, in the safety of our offices, it is amazing we manage to get anything done. Chances are you won’t even read this entire article in one go.

Many of the chunks of time we have in a day are too short to bother trying to use productively. Think of the time you spend waiting for a meeting to start, riding in an elevator, or standing in line. We waste this time on our phones, browsing the web or playing games, and yet these micromoments add up. People collectively spend 200 million minutes a day on Angry Birds alone. Just imagine what Angry Birds players could accomplish if they could leverage the small mobile bursts of effort they spend killing time to get something meaningful done instead.

People try to defrag their time by booking meetings with themselves, turning off their phones, and taking email vacations. But the research that I am conducting with Shamsi Iqbal and our fellow collaborators suggests that there is another way. Rather than fighting both our ancient nature and modern distractions by changing how we work, we can embrace fragmentation by changing our tasks to fit the way we actually do work. We call this microproductivity, in which large productivity tasks are broken down into a series of smaller microtasks that can each be completed individually.

People have attempted to accomplish large tasks by breaking them into manageable parts for millennia. The proverb “A journey of a thousand miles begins with a single step,” is attributed to the 6th century BCE philosopher Laozi. But because we now have the ability to algorithmically support task decomposition, we can break tasks into much smaller pieces than previously imaginable.

Think, for example, of trying to write a blog post. The internet is littered with blogs with just two or three posts because it is hard to consistently find the necessary hours to write a new post. Take a microproductivity approach to writing, however, and it becomes easier. In your spare micromoments you can collect relevant ideas, adding snippets from articles you read, grabbing sentences from emails, and jotting down thoughts that pop into your mind. These ideas can then be organized into an outline using a series of microtasks that ask you to assign labels to the different ideas, which enables the underlying algorithm to infer a structure. Once the ideas are clustered into small groups, it is relatively straightforward to smooth the edges and create paragraphs for each group.

Each of these writing microtasks, from ideation to labeling to merging a small number of ideas into paragraphs, takes less than a minute and requires almost no consideration of the entire post. Yet, collectively the microtasks produce a passable first draft. In fact, I have written a section of a published research paper this way. And writing isn’t the only task that can be decomposed. Researchers have developed microtasked workflows for planning trips, searching for information, organizing large photo collections, and more. You already do something similar when you use TurboTax or an online will generator.

Our research has shown that people work better via microtasks, producing higher quality work with less effort. Additionally, while interruptions interfere with a person’s ability to complete a large task, they have almost no impact on a person’s ability to do the same task via a series of microtasks. This is because interruptions are less disruptive when they occur at task boundaries, which are created when a task is broken down, and because the context needed to resume the task is entirely contained within the next microtask. Small tasks are also easy to share, enabling a new way for people to collaborate on large tasks.

Of course, we don’t yet know how to decompose every task, and some tasks will always require big picture thinking. The first draft of writing produced via microproductivity, for example, must be read carefully for cohesion. However, even when we need to immerse ourselves in a task, microproductivity can help us get started. Our research shows that starting a complex task with simple microtasks makes doing the more difficult aspects easier later. Microproductivity can even distract us from our distractions. Imagine if microtasks were interleaved in your Facebook feed. You could stop feeling guilty about checking Facebook at work and, after you got bored looking at your friends’ baby pictures, the microtasks would help you re-engage with what you were actually supposed to be doing. By disrupting the way we work, we can use disruptions to our advantage.

About the Author
Jaime Teevan is chief scientist for Microsoft’s Experiences and Devices, where she is helping Microsoft create the future of productivity. Previously, she was the technical advisor to Microsoft CEO Satya Nadella and a principal researcher at Microsoft Research AI, where she led the productivity team. Teevan has published hundreds of research papers, technical articles, books, and patents, and given keynotes around the world. Her research has earned her the Technology Review TR35 Young Innovator, Borg Early Career, Karen Spärck Jones, and SIGIR Test of Time awards. She holds a Ph.D. from MIT and a B.S. from Yale, and is an affiliate professor at the University of Washington. 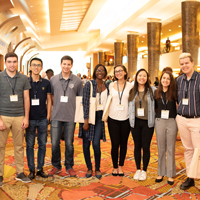 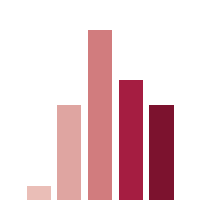 Participants in the CCC Early Career Researcher Symposium Met Potential Collaborators...
Scroll to top
We use cookies to understand how you use our site and to improve your experience. By continuing to use our site, you accept our use of cookies.Accept Read More
Disclaimer
Privacy Overview