This article is published in the January 2019 issue.

Congratulations to the recipients of the 2019 CRA Outstanding Undergraduate Researcher Award.

This year’s nominees are a very impressive group. A number of them were commended for making significant contributions to more than one research project, several are authors or coauthors on multiple papers, others have made presentations at major conferences, and some have produced software artifacts that are in widespread use.

CRA gratefully acknowledges the support of Microsoft Research and Mitsubishi Electric Research Labs which sponsor the Outstanding Undergraduate Researcher Award program in alternate years. Microsoft Research is the sponsor of this year’s award.

Thank you to everyone who volunteered to serve on the selection committee.

Columbia University
Serina Chang is a senior at Columbia University studying computer science and sociology. Her research interests fall at the intersection of the two fields, specifically in combining natural language processing and computational social science. Her prior work in emotion detection and automatic text summarization led to publications in EMNLP’18 and EACL’17. She is also passionate about education and student diversity, and has served as a teaching assistant in CS, Co-President of Lean In at CU, and Academic Chair of CU Womxn in CS.

Southwestern University
Lauren Gillespie is a senior at Southwestern University majoring in computer science and chemistry. She is interested in how evaluation can generate complex intelligence akin to our own artificial systems. Most recently, she has been looking at low-level evolutionary dynamics to understand the influence of changing environments on genes in genetic architectures.

Harvard University
Shyam Narayanan is a senior at Harvard University majoring in math, computer science, and statistics. His passion for math comes from both the excitement of innovative ideas and new mathematical fields and the clever tricks manifested in competition math. His goal is to share the love of these two related aspects of math through teaching, both as a teaching fellow for Harvard courses as well as a coach for high school math competitions.

Yale University
Michihiro Yasunaga is a senior at Yale University majoring in Computer Science and Mathematics. His research interests are in natural language processing (NLP) and machine learning, where he has investigated data-driven algorithms for automated analysis of human language. In particular, he has contributed to the fields of automatic text summarization, syntax and semantics, and latent variable models for NLP. His work has led to publications in major NLP and AI conferences such as NAACL’18, EMNLP’18, and AAAI’19.

Wellesley College
Emma Lurie is a senior at Wellesley College majoring in computer science and Chinese language and culture. She is interested in algorithmic auditing techniques to investigate the behavior of Google and other platforms’ algorithmic news features.

University of California, Berkeley
Annie Xie is a senior at the University of California, Berkeley majoring in electrical engineering and computer science. Her research lies at the intersections of deep learning, reinforcement learning, and robotics. The goal of her research is to leverage meta-learning and video prediction methods for robotic vision-based control under limited human supervision. 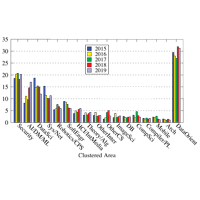 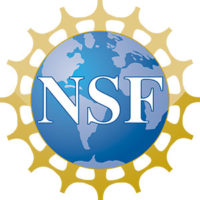 Call for Nominations: NSF Assistant Director for Computer and Information Science...
Scroll to top
We use cookies to understand how you use our site and to improve your experience. By continuing to use our site, you accept our use of cookies.Accept Read More
Disclaimer
Privacy Overview