This article is published in the May 2019 issue.

The CCC and CRA thank those council members whose terms end on June 30 for their exceptional dedication and service to the CCC and to the broader computing research community:

A special thank you to longtime council member, past chair, and past vice chair Beth Mynatt from Georgia Tech who has been with the CCC since 2008. 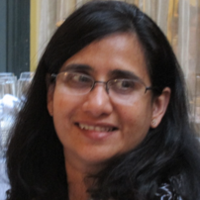 Sujata Banerjee is a senior staff researcher with responsibility as a research director for VMware external research. Her expertise is in topics related to software defined networking and network functions virtualization, and she is broadly interested in network automation and performance. Prior to joining VMware, she was a distinguished technologist and research director at Hewlett Packard Enterprise Labs, leading a network systems research group which conducted research on enterprise, service provider and datacenter networks. Prior to her industrial research career, she also held a tenured Associate Professor position at the University of Pittsburgh. Recently she served as the technical co-chair of the 2018 USENIX NSDI and the 2017 ACM Symposium on SDN Research (SOSR) conferences and the general chair of ACM HotNets 2017. She received the Ph.D. degree from the University of Southern California (USC) and the B.Tech. and M.Tech. degrees from the Indian Institute of Technology (IIT) Bombay in Electrical Engineering. She holds 33 US patents and is a recipient of the U.S. National Science Foundation (NSF) CAREER award in networking research. She also served on the Corporate Advisory Board of the USC Viterbi School of Engineering. She was honored to be named in the list of 2018 N2Women: Stars in Computer Networking and Communications. Website:  https://research.vmware.com/researchers/sujata-banerjee

Professor Elisa Bertino joined Purdue in January 2004 as professor in Computer Science and research director at CERIAS. Before joining Purdue, she was a professor and department head at the Computer Science Department of the University of Milano. Her research interests cover many areas in the fields of information security and database systems. Current research includes security and privacy of cellular networks, database privacy and security, IoT and edge computing, digital identity management, policy management systems for distributed coalitions.

Professor Bertino serves or has served on the editorial boards of several journals – many of which are related to security, such as the ACM Transactions on Information and System Security and  the IEEE Security & Privacy Magazine. She served as EiC of IEEE Transactions on Dependable and Secure Computing. Professor Bertino is a Fellow of the Institute of Electrical and Electronics Engineers, a Fellow of ACM, and a Fellow of the AAAS. She received the IEEE Computer Society Technical Achievement award in 2002 for outstanding contributions to database systems and database security and advanced data management systems, and received the 2005 Tsutomu Kanai Award by the IEEE Computer Society for pioneering and innovative research contributions to secure distributed systems. She is the recipient of the ACM 2019-2020 Athena Lecturer Award. 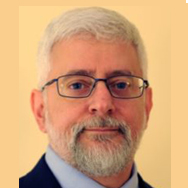 Prior to joining Georgia Tech in 2008, Dr. Conte served as director of the Center for Embedded Systems Research and was on the faculty in the Department of Electrical and Computer Engineering at North Carolina State University, beginning in 1995.

Dr. Conte was the 2015 President of the Institute of Electrical and Electronics Engineering (IEEE) Computer Society, and also a fellow of the IEEE. Since 2011, he has co-led the IEEE Rebooting Computing Initiative. 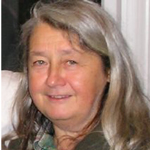 Maria Gini received a degree in physics from the University of Milan in 1972. From 1974-1979 she was a Research Associate and from 1980-1982 a Senior Research Associate in the Department of Electronics in Politecnico of Milano in Italy. She then joined the Department of Computer Science at the University of Minnesota in 1982 as an Assistant Professor. She became the first female to join the department. While there she was promoted to Associate Professor in 1988 and to Professor in 1997. In 2001 Gini received the Distinguished Women Scholars Award from the University of Minnesota. She was named an AAAI fellow in 2008 “for significant contributions to coordination and competition in multirobot and multiagent systems, for leadership in the AI community, and for inspiring the next generation”. In 2011, she received the Mullen-Spector-Truax Women’s Leadership Award from the University of Minnesota, presented annually to “a faculty or staff woman at the University who has made outstanding contributions to women’s leadership development.” She received the NCWIT Harrold and Notkin Research and Graduate Mentoring Award in 2018 and the AAAI Distinguished Service Award in 2016. Gini was also named an IEEE fellow in 2018. As of 2019, she has graduated 34 Ph.D students as well as nearly 100 graduate students. 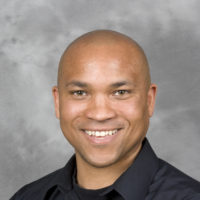 Odest Chadwicke Jenkins, Ph.D., is an Associate Professor of Computer Science and Engineering and a member of the Robotics Institute at the University of Michigan. Prof. Jenkins earned his B.S. in Computer Science and Mathematics at Alma College (1996), M.S. in Computer Science at Georgia Tech (1998), and Ph.D. in Computer Science at the University of Southern California (2003). He previously served on the faculty of Brown University in Computer Science (2004-15). His research addresses problems in interactive robotics and human-robot interaction, primarily focused on mobile manipulation, robot perception, and robot learning from demonstration. His research often intersects topics in computer vision, machine learning, and computer animation. Prof. Jenkins has been recognized as a Sloan Research Fellow and is a recipient of the Presidential Early Career Award for Scientists and Engineers (PECASE). His work has also been supported by Young Investigator awards from the Office of Naval Research (ONR), the Air Force Office of Scientific Research (AFOSR) and the National Science Foundation (NSF). Prof. Jenkins is currently serving as Editor-in-Chief for the ACM Transactions on Human-Robot Interaction. He is a Senior Member of the Association for Computing Machinery and the Institute of Electrical and Electronics Engineers. He is currently a member of the Defense Science Study Group (2018-19). 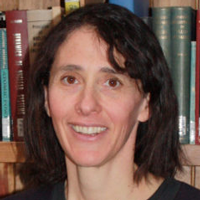 Melanie Mitchell is Professor of Computer Science at Portland State University, and External Professor and Member of the Science Board at the Santa Fe Institute. She attended Brown University, where she majored in mathematics and did research in astronomy, and the University of Michigan, where she received a Ph.D. in computer science, Her dissertation, in collaboration with her advisor Douglas Hofstadter, was the development of Copycat, a computer program that makes analogies. She has held faculty or professional positions at the University of Michigan, the Santa Fe Institute, Los Alamos National Laboratory, the OGI School of Science and Engineering, and Portland State University. She is the author or editor of six books and over 80 scholarly papers in the fields of artificial intelligence, cognitive science, and complex systems, including Complexity: A Guided Tour (Oxford, 2009), which won the 2010 Phi Beta Kappa Science Book Award. Her newest book, Artificial Intelligence: A Guide for Thinking Humans (Farrar, Straus, and Giroux) will be published in October 2019. Melanie originated the Santa Fe Institute’s Complexity Explorer project, which offers online courses and other educational resources related to the field of complex systems. 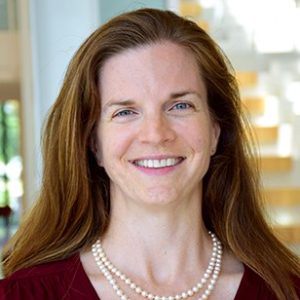 Katie Siek is an associate professor in Informatics at Indiana University. Her primary research interests are in human computer interaction, health informatics, and ubiquitous computing. More specifically, she is interested in how sociotechnical interventions affect personal health and well being. Her research is supported by the National Institutes of Health, the Robert Wood Johnson Foundation, and the National Science Foundation including a five-year NSF CAREER award. She has been awarded a CRA-W Borg Early Career Award (2012) and a Scottish Informatics and Computer Science Alliance Distinguished Visiting Fellowship (2010 & 2015). 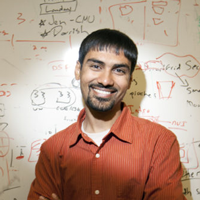 Forbes Article on Inclusivity in Higher Education Highlights CERP Project
Scroll to top
We use cookies to understand how you use our site and to improve your experience. By continuing to use our site, you accept our use of cookies.Accept Read More
Disclaimer
Privacy Overview