This award is in honor of the late Clarence “Skip” Ellis. He was the first African-American to earn a Ph.D. in computer science and the first African-American to be elected a Fellow of the ACM. Among his many contributions to computing, Ellis is most well-known for his pioneering work in groupware and CSCW systems.  His accomplishments include leading the development of OfficeTalk, the first office system to use icons, and Ethernet to allow people to collaborate from a distance.

The Skip Ellis Early Career Award will be given to a person who identifies as a member of a group underrepresented in computing (African-American, Latinx, Native American/First Peoples, and/or people with disabilities), who has made significant research contributions in computer science and/or engineering and has also contributed to the profession, especially in outreach to underrepresented demographics. The award will recognize individuals in academia and industrial/government labs who combine excellence in their research accomplishments with a positive and significant impact advancing equal opportunity in the computing research community.  This award is focused on underrepresented researchers that are relatively early in their careers (at most 8 years post-Ph.D.).

Nominations should not exceed two pages in length and should describe the contributions on which the nomination is based. Please submit 3 letters in support of the nomination and a curriculum vitae or biosketch with information such as education, job history, top 10 publications in the last 5 years, and relevant outreach activities (not to exceed two pages).

Detailed information about the award and nomination submission can be found on the Skip Ellis Early Career Award webpage. 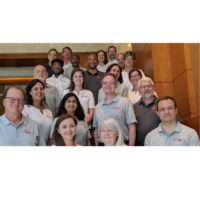 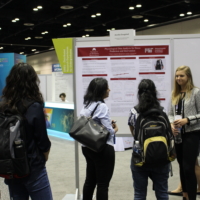 Expanding the Pipeline: CRA-WP Research Mentoring at the 2019 Grace Hopper Celebration...
Scroll to top
We use cookies to understand how you use our site and to improve your experience. By continuing to use our site, you accept our use of cookies.Accept Read More
Disclaimer
Privacy Overview