This article is published in the March 2020 issue.

The Computing Research Association today announced it has selected the CARES movement – the Committee to Aid Reporting on Discrimination and Harassment Policy Violations – as the recipient of the 2020 CRA Distinguished Service Award for positively transforming the computing research community rapidly and fundamentally. CRA’s Distinguished Service Award recognizes a person or organization that has made an outstanding service contribution to the computing research community. This award recognizes service in the areas of government affairs, professional societies, publications, conferences, and leadership that has a major impact on computing research.

CARES provides a resource for helping people experiencing issues related to discrimination, harassment, or bullying. The role of CARES is to “serve as a resource comprising well-known and respected people in the architecture community who are approachable and willing to listen and help people who experience discrimination and harassment” at SIGARCH and SIGMICRO events. CARES members agree to be a sounding board for these people and can provide advice on the steps necessary to have the matter further investigated by parent organization ACM. In addition to addressing this specific and pressing need, CARES has also served to mobilize and engage the entire computer architecture community, resulting in a more inclusive and supportive environment for all.

The first CARES committee was founded by the 2018 ACM SIGARCH Officers, led by Sarita Adve, in response to a longstanding and disturbing reality of gender bias and sexual harassment in the computer architecture community, which were brought to the forefront in blog posts by Natalie Enright-Jerger, Kim Hazelwood, and Kathryn S McKinley, and by a statement at MICRO by Margaret Martonosi.

The CARES movement has rapidly spread to other research areas where it is having a similarly transformative impact. In particular, many other ACM SIGs have or are setting up their own CARES committees modeled after SIGARCH CARES. CARES is also expanding beyond ACM – a CARES committee is being developed for the IEEE Robotics and Automation Society, the theory community, and IEEE leadership is interested in exploring this model for other societies.

The transformative work of CARES is not only aimed at calling attention to issues of sexual harassment and gender bias in the computing research field, but also in identifying and taking positive steps to make our research communities and conferences more welcoming. 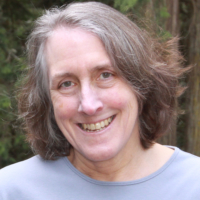 Carla Ellis Receives the 2020 CRA A. Nico Habermann Award
Scroll to top
We use cookies to understand how you use our site and to improve your experience. By continuing to use our site, you accept our use of cookies.Accept Read More
Disclaimer
Privacy Overview