The CRA board of directors is pleased to announce its selections for the 2021 CRA Awards.

Mary Jane Irwin was selected to receive the 2021 A. Nico Habermann Award in recognition of her more than 30 years of diversity efforts, both in academia at Penn State University and in professional organizations, including the CRA Committee on the Status of Women in Computing Research (CRA-W), the Association for Computing Machinery (ACM) and the National Academy of Engineering (NAE). Her work in these organizations across three decades has increased the number of women and other under-represented groups in computing at universities (as faculty and students) and as fellows and award recipients.

She was a founding member of CRA-W, served as a steering committee member for more than 20 years, and spearheaded many of the activities and initiatives that we now think of as regular events. Irwin served on the ACM Council, as ACM Vice President, and her work on the ACM Fellow Selection Committee helped to double the number of women elected. She was also instrumental in pushing the NAE to diversify its ranks.

Irwin’s commitment to diversity was actually inspired by meetings with A. Nico Habermann himself when she was on the Advisory Board for NSF CISE of which he was Assistant Director.

This award honors the late A. Nico Habermann, who headed NSF’s Computer and Information Science and Engineering Directorate and was deeply committed to increasing the participation of women and underrepresented minorities in computing research. With this award, CRA recognizes individuals who have made outstanding contributions aimed at increasing the numbers and/or successes of underrepresented members in the computing research community.

James Kurose was selected to receive the 2021 Distinguished Service Award in recognition of his exemplary service to the computing research community. Through a career spanning more that 35 years, he has distinguished himself as national leader in numerous impactful service roles in the computing research community. In every setting, Kurose has brought his tireless energy, enthusiasm, and extraordinary collegiality to build community, and strengthen our field. His visionary leadership as Assistant Director for Computer and Information Science and

Engineering at NSF in launching new programs and initiatives across a broad spectrum of computing disciplines has benefited nearly every computing researcher in the United States. Kurose’s service as Assistant Director for Artificial Intelligence at the Office of Science and Technology Policy, co-Chair of the National Science and Technology Council NITRD National Artificial Intelligence Research and Development Strategic Plan, and for the international Organization for Economic Cooperation and Development as well as other groups has advanced and elevated our field.  As part of his AI leadership on behalf of the community, he led an all-of-government effort to conceptualize and launch the National AI Research Institutes, a centerpiece of the American AI Initiative. The huge success of the National AI Institutes program is directly attributable to Kurose’s insightful and persistent leadership.

The Distinguished Service Award recognizes service in the areas of government affairs, professional societies, publications or conferences, and leadership that has a major impact on computing research. 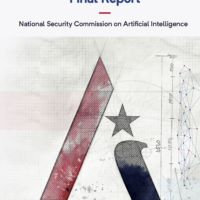 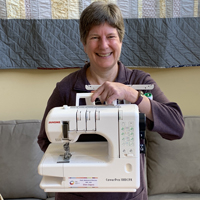 2021 CRA Leadership Summit and Board Meeting Highlights
Scroll to top
We use cookies to understand how you use our site and to improve your experience. By continuing to use our site, you accept our use of cookies.Accept Read More
Disclaimer
Privacy Overview