This article is published in the March 2022 issue. 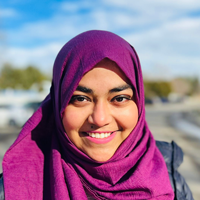 CRA’s Education Committee (CRA-E) has recently selected its 2022 CRA-E Graduate Fellow – Yasra Chandio from the University of Massachusetts at Amherst.

Yasra (she/her) is a third-year Ph.D. student in Electrical and Computer Engineering at the University of Massachusetts, Amherst (UMASS). At UMASS she is working with Professor Fatima M. Anwar, and Yasra’s research interests lie in the domain of extended reality (XR), embedded systems, and security. Before starting her Ph.D. at UMASS, she earned her Bachelor of Engineering focused on Software Engineering from Pakistan in 2014 and MS in Computer Science from Binghamton University (State University of New York) in 2019. Yasra is excited to be a CRA-E Graduate Fellow and serve CRA as a student ally, academic collaborator, and community mentor to encourage young students’ interest to pursue a career in science and research.

As she prepares herself for her post-PhD life as an academic, she values mentorship as an important skill. Over the years, she has served different roles of mentors as teaching assistant, guest lecturer, research mentor, K-12 engineering workshop instructor, and organizer. During her academic career, she has actively sought out mentorship and community volunteer opportunities. She was a student scholar at Grace Hopper Celebration (GHC) in 2019, CRA-WP Grad Cohort (2021, 2022), N2Women, and Google CSRMP (2020). In addition to mentoring, she has been a part of competitive reviewing committees in the past including GHC (2021) and EuroSys shadow program committee (2022).

Currently, in her research, she is investigating the stealthiness of the multi-modal attack surface that is present in the mixed reality systems, by launching coordinated spatiotemporal attacks on sensor data. While she is not solving computational problems, she is either playing card games with her friends, baking bread, or cooking food from all over the world for her family and friends.

The CRA-E Graduate Fellows Program was established in 2015 to give graduate students the opportunity to contribute to CRA-E projects and promote computer science research and undergraduate education at the national level. 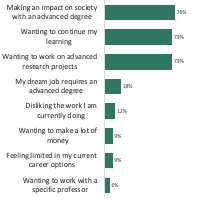 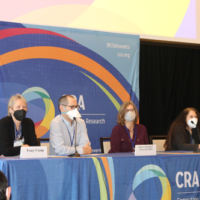 2022 CRA Career Mentoring Workshop
Scroll to top
We use cookies to understand how you use our site and to improve your experience. By continuing to use our site, you accept our use of cookies.Accept Read More
Disclaimer
Privacy Overview