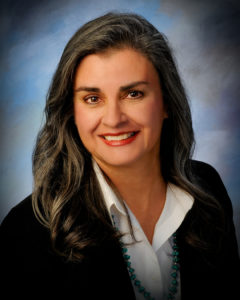 GlobalMindED Technology Track speaker Dr. Patty Lopez, a Computer Scientist of Latina descent, is a first generation to college student who got her Ph.D. in 1989 from New Mexico State University. Her accomplishment is extraordinary considering that Latinas hold the lowest percentage of graduate degrees when compared to all non-Hispanic women combined, with just 4% of Latinas having a graduate degree or higher. Since graduating, she has worked for the university, Hewlett Packard Corporation, and Intel Corporation, where she currently works as a Senior Platform Applications Engineer. She has won several awards for her work in STEM, and for her commitment to diversity and inclusion in the workplace. Lopez also serves on the advisory boards of the Computing Research Association-Women (CRA-W), the Computing Alliance of Hispanic Serving Institutions (CAHSI), the NMSU Foundation, and the NMSU Computer Science Department. She has been such an inspiration and pioneer for women in STEM, and all diverse people, that Brawny recently featured her in an advert for their #StrengthHasNoGender campaign. Dr. Lopez is a role model for women and anyone else who wants to pursue an education in STEM. Given my dedication to increasing opportunity for underserved populations, I was very happy to talk to Patty Lopez about her journey from disadvantaged student to highly successful woman in technology.

How would increasing diversity in STEM promote an environment of creative innovation?

Every person brings a diverse set of experiences and perspectives to the table for approaching and solving problems. Each of us has a unique view of the world, which offers opportunities to grow and expand our technical “toolbox”. The more ways we can perceive and solve problems increases the likelihood that we won’t miss a critical perspective. Innovative technologies allow us to do things we’ve never done before, and we need to include more voices to shape the direction and velocity of innovation.

What types of skills and perspectives are currently being under-represented that could benefit the field if more women and minorities joined STEM professions?

Looking at population demographics, we see large percentages of women and minorities that are present in the overall population, but largely absent in the STEM workplace. We know from the field of user design that excluding women from the design of car airbags had a deadly effect, as women were generally shorter and sat closer to the steering wheel. We’ve found that women show different symptoms for heart attacks than men, yet women were excluded from medical trials that studied heart disease.

The same goes for the tech industry – without a range of perspectives, we limit our ability to understand and design for our customers, and undermine our continued relevance and growth as an industry. Not only is including a more diverse group in the design process, and the workplace at large, the right thing to do, it’s just good business.

In fact, at Intel, we commissioned a study with Dalberg Global Development Advisors called Decoding Diversity, which attempts to quantify the benefits of a more inclusive workforce. The study concludes that diversity leads to higher revenues, profits, and market value, and improving ethnic and gender diversity and inclusion in the U.S. technology workforce could create between $470 billion and $570 billion in new value to the industry.

If we don’t include a more diverse group in the design process, we risk losing out on vital innovation and competitive advantage.

As an active board member of several national organizations, including Computing Research Association of Women (CRA-W), Women at Intel Network (WIN), and Computing Alliance of Hispanic-Serving Institutions (CAHSI), and Latinas in Computing – how have these organizations influenced you to continue advocating for women and minorities in STEM, and how have they shaped your view on the importance of mentorship in the industry?

First and foremost, you find that you are not alone. Isolation is one of the most challenging aspects of being a woman and/or a minority in STEM. My favorite part of making these connections is to hear stories of how my colleagues came to their chosen field. More often than not, there was a teacher, mentor, or coach who told them they had the talent and gave them both the opportunity and the encouragement to persist. But there were unnecessary roadblocks and barriers unrelated to mastery of a technical subject area. And while we can’t remove all of the barriers, we can lessen their impact through mentorship and fellowship.

According to the National Girls Collaborative Project (NGCP), only 29% of the science and engineering workforce are women, with a majority of the female scientists in occupations like social science, biology, agriculture and environmental science. How long do you think it will be until we see a higher representation of women in engineering, computer science, and mathematics? Why do you think fewer women move towards these fields, and what can be done to increase these percentages?

There are persistent stereotypes, both about the types of work technologists do and the narrow spectrum of people in those jobs, but we are beginning to see a shift in that thinking. The National Science Foundation has funded several alliances that have changed the face of computing, including NGCP, CRA-W, CAHSI, and NCWIT. Many organizations have worked tirelessly in recent years to expose children to technology early, especially among underrepresented groups, including but not limited tocode.org, NGCP, Code2040, Black Girls Code, SMASH Academy, and Girls Who Code. This is critical, since 21st century jobs will require an increasing amount of knowledge and mastery in technology fields.

The good news is that in the US, the number of new undergraduate computing majors rose 29.2%, and in some universities, the women outnumber the men in intro to computing courses. We are already seeing a dramatic increase in the number of women studying computing in college and graduating. The University of Rochester expects that 34% of its 119 Computer Science students will be female. Organizations like NGCP, The National Center for Women and Information Technology (NCWIT), CRA-W, ACM-W, and others have done a great job of building the pipeline for women. But while we may reach gender parity in tech, it’s not a diverse workforce if that representation is still 85-90% white and Asian. Blacks, Latinxs, and Native Americans are significantly underrepresented, and leave the tech workforce at four times the rate of the majority.

Part of the reason I love my work at Intel is that the company is committed to increasing diversity and inclusion across the board, and challenges other companies to do the same. We set measurable goals to ensure that we’re moving the needle, and invest heavily to make it happen – in fact, Intel committed $300 million to improve diversity and inclusion in the technology industry and to reach a goal of full representation in our U.S. workforce by 2020. This supports not only the internal goal of full representation of women and underrepresented minorities in our workforce by 2020, but the broader goal of improving diversity and inclusion in the entire technology industry.

But there’s still work to be done, and the homogenous landscape of the tech industry is an issue that Intel cannot solve alone. In addition to our work, organizations like CAHSI, the Institute for African-American Mentoring in Computing Science (iAAMCS), Access Computing, Exploring CS, Georgia Computes, the STARS Alliance, and NCWIT are working incredibly hard to make sure those opportunities extend to underrepresented minorities at the intersection of race, gender, and ability.

You mentioned that as a woman in STEM, you had to face roadblocks that your male peers did not – can you tell us more about this?

Most of my colleagues know that my least favorite question is “are you sure?” I typically answer with a calm “yes,” and while I can counter with “why do you ask?” the majority of the time I assume good intent on the part of the person asking. But you can see how it can cause doubt to creep in, and if this happens multiple times, you may begin to question whether you are in the right major, in the right line of work, or in the right company.

If you attend technical conferences in any number of fields, you may find that the majority of attendees are male, as are the speakers, keynotes, and panelists. In these environments, the conversations usually center on technology expertise, with assumptions made about who has it and who doesn’t. Proving that you have the right credentials, the right expertise, and the right lingo gets tiresome. Balancing the demands of work and family can be challenging as well for women, especially the majority of responsibilities at home are shouldered by women.

You are currently featured on Brawny’s Strength Has No Gender Campaign. What does strength mean to you and how has that aided you in overcoming the challenges you have faced?

As I said in the video, it’s about courage and persistence. Courage to show your authentic self, to persist despite the odds and the obstacles. When I was growing up, I knew I was good in math and science because I was doing as well as my brothers and smartest kids in my class. I had a strong foundation through activities like band and 4-H that built my organizational and leadership skills, and in turn, my self-confidence. It was okay to be competitive and to want to win, as a team, as an individual, and as a girl.

How do we make people see that one’s gender has nothing to do with their ability to perform a job?

Our learned experiences and perceptions shape our beliefs and actions. Gender should have nothing to do with playing an instrument in an orchestra, yet until the 1970’s and 80’s, there were considerably more men than women in most orchestras. The bias of gender was removed from orchestra auditions by preventing the judges from determining the gender of the candidate, making it 50% more likely that a woman would advance to the finals.

Removing systemic bias from our processes – from recruiting and pay to promotions to the day-to-day activities of the business – ensures we can drive inclusion and equality in our environment. Changing the wording of a job description to be gender “neutral,” building diverse interview panels, asking the same interview questions of all candidates, setting evaluation criteria in advance, restricting evaluations to work-related considerations, and sourcing a diverse slate of candidates increases the likelihood that people’s merit is based on their skills and ability rather than gender, race, or ethnicity.

Fresh off the Press…Winter/Spring 2017 Newsletter! The Collaborative Research Experience for Undergraduates Application is Now...
Scroll to top