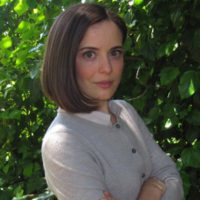 Martha Kim is an Associate Professor of Computer Science at Columbia University. She is committed to promoting diversity in computer science.  She has been particularly active in high school outreach, participating in high-school oriented conferences such as “Code Like A Girl”, serving on a working group that reviewed and revised her own high school’s approach to STEM education, and acting as a faculty mentor for the Artemis Project summer school. Her research interests are in computer architecture, parallel programming, compilers, and low-power computing. 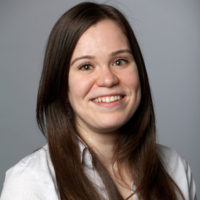 Hanna Wallach is a researcher at Microsoft Research in New York City and an adjunct assistant professor at the UMass Amherst’s School of Computer Science. She has worked on increasing diversity for over a decade to address the underrepresentation of women in computing. She co-founded two projects—the first of their kind—to increase women’s involvement in free and open source software development: Debian Women and the GNOME Women’s Summer Outreach Program. She also co-founded the annual Women in Machine Learning Workshop, which is now in its eleventh year. Her research contributes to machine learning, Bayesian statistics, and, in collaboration with social scientists, to the nascent fields of science and innovation policy and, more generally, computational social science.

The award honors the late Anita Borg, who was an early member of CRA-W and an inspiration for her commitment in increasing the participation of women in computing research. The annual award is given to a woman in computer science and/or engineering who has made significant research contributions and who has contributed to her profession, especially in the outreach to women.

Diversifying The Next Generation of Roboticists
Scroll to top