This article is published in the June 2014 issue.

Visions 2025 is a collaborative effort between the National Science Foundation (NSF) Computer and Information Science and Engineering Directorate Advisory Committee (CISE AC) and the Computing Community Consortium (CCC). Its goal is to expose and energize future trends and opportunities in computing research, and to provide insights into how computing research will evolve and grow over the next 10 to 15 years.

The 2025 steering committee identified three broad workshop topics. The intent was not to address all areas of computer science but to start with these cross-cutting topics that explore future uses of computing while engaging core computer science research. The first two workshops occurred in May and early June.

“Interacting with Computers All Around Us” was chaired by Limor Fix (retired Intel), Jennifer Rexford (Princeton) and Daniela Rus (MIT). This workshop addressed the question of how advances in technology might alter how computers made sense of, and interact with, the physical world as well as how computers and people might interact with each other. Topics in this workshop included computational perception, machine learning, robotics, speech and language processing and physical and social dimensions of assistive technology.

Several provocative themes emerged that cut across both workshops.

An open question for interaction technology design is to better understand how to create “super human” capabilities in wearable and mobile form factors. While computers have unquestionably augmented human capabilities with each new generation of computing power and interface technologies, the potential to wear technologies that allow one to see through walls, to automatically translate written and spoken languages, to recognize long-forgotten faces, and even to predict the future begins to alter commonly held understandings of human perception and cognition and has intriguing implications for human to human interaction.

The discussions at both workshops placed great demands on future computational perception and machine learning capabilities to make greater sense of complex environments filled with human and robotic actors. These capabilities could then be realized by fluid interactions by robots and programmable objects that possessed a deep understanding of their surroundings. Discussions about “soft” robots ranged from Saul Griffith’s pneumatic creations that challenge conventional design assumptions to Charlie Kemp’s force sensitive skin that allows his robots to gently brush away crumbs from a person’s face.

Workshop attendees anticipated the ability to create, program and deploy large collections of programmable objects that could cooperate as swarms, hives or other forms of evolving, cooperative behavior. How will large-scale networks of robots, agents, sensors and people (RASP) alter society? Will that impact exceed the dominant force that the Internet is today? Discussions also imagined augmenting or mimicking natural objects, from trees that harvest energy in the day and provide light at night, to robotic termites that build temporary shelters.

The barriers to creating and disseminating new capabilities in programmable matter warrant serious consideration. For example, what will be the app store for the Internet of Things look like? Edward Lee asked, “How can we help people hack their HVAC?” Lee, Griffith and others pointed to the need for new models in computing that encompass the challenges of dynamic control systems to allow game changing advances in cyber-physical systems and robotics. Research advances rely on education advances. How do we train the next generation of researchers that will grapple with these complex digital/physical systems? How should training in computer science overall reflect this new horizon? How can non-programmers be supported in “programming” matter? The “making” workshop also touched on education from primary school to lifelong learning. What type of education and training is beneficial for children and also necessary for the makers of tomorrow?

At the “making” workshop, Hal Varian reminded the attendees that great technology shifts that cause tremendous societal change rely on existing infrastructure that allows technology to scale into mainstream use. From the port cities that created the first network of the industrial revolution to the critical mass of listeners that enabled broadcast radio programming, revolutionary technologies evolve existing infrastructures for new uses. Participants imagined repurposing existing infrastructures from urban trees, highways, and the maker community itself to create sustainable approaches for programmable objects. One challenge was to make the 3D printed objects themselves inherently recyclable.

While some of these ideas have existed in research, not to mention science fiction, before now, the question we must turn to is how computing research can address these challenges. How to quickly prototype and create end-user programmable cyber-physical systems? How to secure these systems from abuse and breaches of privacy? How to create algorithms to specify the physical properties and dynamic behavior of programmable matter? How to create algorithms that can win design awards for their creations? Moreover these discussions strengthened the call for interdisciplinary computing research that encompasses design, engineering, physical and biological sciences, as well as law, ethics, and economics. The discussion that engendered the greatest consensus is that this terrain will be an exciting horizon for computing research in 2025 and beyond.

This report was prepared by Beth Mynatt, incoming vice-chair of the CCC. Mynatt co-chairs the Visions 2025 committee and has advised and attended both of the 2025 workshops. The third workshop that will address data analytics and the Internet of (programmable matter) and things is slated for fall 2014. 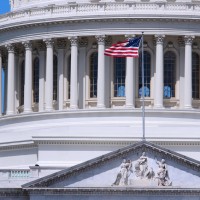 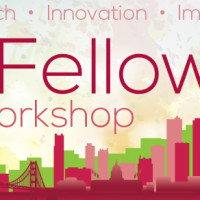 2014 Computing Innovation Fellows Workshop: Research, Innovation, Impact
Scroll to top
We use cookies to understand how you use our site and to improve your experience. By continuing to use our site, you accept our use of cookies.Accept Read More
Disclaimer
Privacy Overview