This article is published in the August 2014 issue.

The CRA-W Borg Early Career Award (BECA) is named in honor of the late Anita Borg, who was an early member of CRA-W and an inspiration for her commitment to increasing the participation of women in computing research. BECA targets women who are relatively early in their careers (at most 8 years post-PhD) with the goal of encouraging active contributions to helping increase the number of women in the computer science and engineering research community. The annual award is given to a woman in computer science and/or engineering who has made significant research contributions and who has contributed to her profession, especially in outreach to women. The award recognizes researchers in both academic and industrial/government research lab settings who have had a positive and significant impact on advancing women in the computing research community while serving as exemplary role models.

Past recipients include researchers from both academia and industry with distinguished research careers:

The 2013 recipient, Yanlei Diao, works in the area of big data analytics and intelligent, real-time uncertain data management. Yanlei is an Associate Professor at the School of Computer Science, University of Massachusetts Amherst. She received her PhD in Computer Science from the University of California, Berkeley in 2005. Her technical contributions have had a significant impact in industry, resulting in research awards from Cisco, Google, IBM, and NEC labs, among others, in addition to collaborations with leading medical institutes. Yanlei is currently Editor-in-Chief of ACM SIGMOD Record and Associate Editor of ACM Transactions of Database Systems (TODS).

Yanlei likes to choose challenging research topics that are grounded in reality. Her past work on data stream processing and uncertain data management is key to a variety of applications such as severe weather monitoring, computational astrophysics, and object tracking and monitoring. Recently, she has broadened her research to include genomics, in particular, using big data technology to decipher human genomes efficiently and accurately, with an ultimate goal to help combat cancer and realize the vision of personalized medicine. 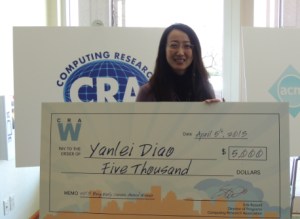 Yanlei is fully committed to broadening the participation of women in computer science research. The person who initially introduced Yanlei to research was her Master’s thesis advisor, Prof. Hongjun Lu. Prof. Lu’s passion for research and caring for students deeply influenced Yanlei. Prof. Lu’s passing after a long battle with cancer strengthened Yanlei’s resolve to nurture the next generation of talented minds,  as the best way for her to repay the debt that she owed both Prof. Lu and many others who supported and helped her along the way.

Yanlei has played a leadership role in outreach both in her school and in her research community. At UMass, she is co-chairing the outreach committee of her school, with the goal of attracting more high school girls and women to computing. In her research community, she twice chaired the New Research Symposium at SIGMOD, which provides career advice and mentoring to graduate students and junior researchers, including many women. Yanlei is also a frequent speaker at mentoring workshops, including the CRA-W Graduate Cohort workshop and the SIGMOD DBMe mentoring workshop.

2014 is the 11th year the BECA award has been made. The 2014 recipient of the BECA award is Jaime Teevan, a Senior Researcher at Microsoft Research, and an Affiliate Assistant Professor in the Information School at the University of Washington. She received a Ph.D. in 2007 and an S.M. in 2001 from MIT, and a B.S. in Computer Science from Yale University. Working at the intersection of human computer interaction, information retrieval, and social media, she studies and supports people’s information seeking activities. Jaime was named a Technology Review (TR35) 2009 Young Innovator for her research on personalized search. She co-authored the first book on collaborative Web search and was chair of the Web Search and Data Mining (WSDM) 2012 conference. Jaime also edited a book on Personal Information Management (PIM), edited a special issue of Communications of the ACM on the topic, and organized workshops on PIM and query log analysis.

When asked what she loves most about her job, Jaime says, “One of my favorite parts of being a researcher is that I have the freedom to explore whatever I think will be most impactful in the world.” Her research explores how context can help people use digital information successfully, both from an algorithmic perspective and from an interaction perspective. In particular, she looks a lot at the personal, social, and temporal context of information use. Her goal is to use context to make the right information available at the right time in a lightweight and intuitive manner. 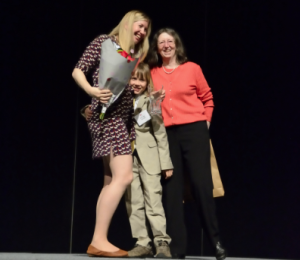 Jaime is passionate about mentoring young researchers and encouraging women to pursue computer science careers. She works with a number of graduate students, a high percentage of whom are female, talks regularly on topics related to gender and family, and publishes a popular web series on academic writing. As a mother to four young children, Jaime is particularly interested in helping researchers integrate parenthood with their academic pursuits. For example, she has written several articles about conference travel with children, and worked with conference organizational committees to implement better support for attendees with families.

Jaime often brings her children with her to conferences. Regarding parenthood, Jaime says, “People often ask me for the secret to having little children and a productive research career, but, unfortunately, if there is one, I haven’t discovered it. It’s a lot of work, and the only way I succeed is with a lot of support. My husband is an involved partner and father, and my job provides a lot of flexibility. I do, however, find that parenthood and research are complementary. Being a mother makes me a better researcher, and vice versa. My children force me to allocate my time productively, prioritize sleep, and approach problems creatively. And conversely, being able to escape to the office sometimes keeps me from going crazy with all the noise, mud, and chaos at home.”

The 2014 BECA award was officially presented to Jaime at SIGIR 2014 in Australia by Susan Dumais, Jaime’s manager and long-time mentor, who also gave her Athena Lecture there. One of Jaime’s seven-year-olds was there with her to celebrate.

About the Author: Sandhya Dwarkadas is professor and chair of the Computer Science Department at the University of Rochester. She is a CRA-W board member and chair of the BECA awards committee. She received her M.S. and Ph.D. from Rice University, and her B.S. from the Indian Institute of Technology, Madras. Her research addresses problems at the boundary of hardware and software, at the architecture and runtime level, with a particular focus on concurrency. 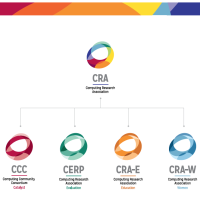 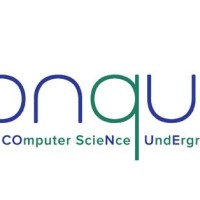