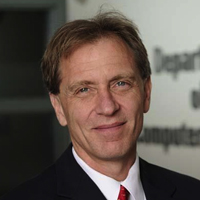 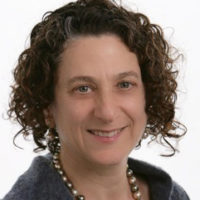 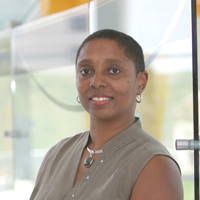 Former CRA Board Member Valerie Taylor has been appointed as the next director of the Mathematics and Computer Science (MCS) division at the U.S. Department of Energy’s (DOE) Argonne National Laboratory, effective July 3, 2017. She most recently served as the senior associate dean of academic affairs in the College of Engineering and a Regents Professor and the Royce E. Wisenbaker Professor in the Department of Computer Science and Engineering at Texas A&M University.

From the Argonne National Laboratory announcement:

“Valerie brings with her a wealth of leadership experience, computer science knowledge and future vision,” said Rick Stevens, Argonne Associate Laboratory Director for Computing, Environment and Life Sciences. “We feel strongly that her enthusiasm and drive will serve her well in her new role, and are pleased to have her joining our staff.”

In addition to being a former CRA board member, Valerie has also participated on the CRA Education Committee (CRA-E) and Committee on the Status of Women in Computing Research (CRA-W). She also serves as the executive director of the Center for Minorities and People with Disabilities in IT (CMD-IT).

Laura M. Haas Named Dean of the College of Information and Computer Sciences at UMass Amherst 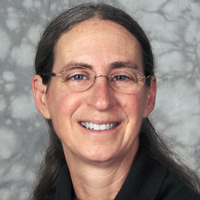 Former CRA Board Member Laura M. Haas, an IBM Fellow at IBM Research – Almaden, has been named dean of the College of Information and Computer Sciences (CICS) at the University of Massachusetts Amherst.

From the UMass announcement:

“Laura Haas is a visionary leader in the field of computer science who has built major engines of basic and applied research for one of the most renowned firms in the world,” says Newman. “We are incredibly fortunate to have attracted her to UMass, where she will lead a dynamic, accomplished and enthusiastic faculty. The sky is the limit for this college.”

Thanks to the continued support from our sponsors, the NCWIT Academic Alliance (AA) is pleased to announce the call for nominations and proposals for the latest round of awards. Below you’ll find submission details:

The NCWIT Academic Alliance Seed Fund awards non-profit, U.S. university members of NCWIT’s AA with startup funds to develop and implement initiatives for recruiting women and underrepresented populations in computing and IT. To date, sponsor Microsoft Research has awarded nearly $600,000 to AA member organizations and will award up to $10,000 per project for the next round of recipients as well as funding for one PI per proposal to attend the Summit 2018. Submit a proposal, or find out more information at www.ncwit.org/seedfund.

Do you know someone who has combined outstanding research accomplishments with excellence in graduate mentoring? Has he or she served as an advocate for recruiting, encouraging, and promoting women and minorities in computing fields? If so, be certain to take a few moments to nominate that person for this award (self-nomination is also perfectly acceptable), sponsored by NCWIT’s Board of Directors. Each winner will receive $5,000 as a gift for the winner’s institution and a trip to the Summit 2018. Submit a nomination, or find out more information at www.ncwit.org/harroldnotkin.

Congratulations to this year’s winner: Jennifer Rexford of Princeton University.  All Harrold and Notkin winners are listed here.

Do you have a student you feel would benefit from the NCWIT Summit?

If yes, have them submit an application so they will be considered.  While there is no registration cost, they will need to pay for their own travel.

Have a terrific spring and don’t let those deadlines creep up on you in the fall! 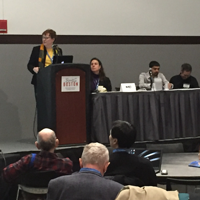 CCC @ AAAS 2017- What Happens When Everyday Objects Become Internet Devices:...
Scroll to top
We use cookies to understand how you use our site and to improve your experience. By continuing to use our site, you accept our use of cookies.Accept Read More
Disclaimer
Privacy Overview