This article is published in the November 2020 issue.

For the past fifteen years, I have led the NSF-funded broadening participation alliance AccessComputing that has the goal of increasing the participation and success of people with disabilities in computing fields. This has given me and my team the ability to help create positive change and to observe what others have done to do the same.  No doubt, there are still significant barriers for some students with disabilities to enter our field, and as technology changes new barriers often arise.

Data on Disability
To understand the disparities and progress of students with disabilities in the computer science education pipeline, having good data is an imperative. As described in our 2020 RESPECT Conference paper, existing data on disability is often inconsistent and hard to understand [1]. Further, collecting data on disability is difficult, because of how the questions are asked and how the answers are interpreted can lead to wildly different numbers. A great example of this issue is in the Survey of Earned Doctorates (SED) that surveys all PhD recipients at US universities every year.  For many years until 2009, PhD earners were asked about their disability status with a result that 1-2% reported a disability. In 2012 the question changed and the percentage went up, reaching 7.5% in 2018 (SED, Table 28). Indeed, in 2018, 3% of PhD earners reported a moderate or worse “visual limitation” that could not be corrected with glasses or contact lenses. This 3% compares with the 0.1% of K-12 students who have visual impairments served under Individuals with Disabilities Education Act (IDEA), Part B (NCES Table 204.30). This is a factor of about 30. Please do not infer from this data that earning a PhD causes blindness. How the data is collected matters. Data on students with disabilities who are in computer science is even harder to find and understand because of the inconsistency in the way disability is defined and the way computer science is defined.

K-12 Education
In the US, students with disabilities who need additional supports fall under the Individuals with Disabilities Education Act (IDEA) or Section 504 of the Rehabilitation Act. In the former, a student will have an Individual Education Program (IEP) that lays out the education goals and accommodations that a student might need to succeed in school. In the latter, a student has the same education goal as other non-disabled students, but still needs accommodations to reach those goals.  In US public schools there are about 7 million students covered under IDEA and as many as 2 million served under Section 504. This totals to about 18% of all students in public schools.  Most of these students are perfectly capable of doing computer science with the proper accommodations.

Although block-based programming environments such as  Alice,   Scratch,  App Inventor, and App Lab lack accessibility for students who use screen readers, switch access, and voice access, there is progress being made to create accessible block-based programming environments [2.3]. In addition to accessible curricula and tools, there is encouragement to CS teachers to use the principles of Universal Design for Learning (UDL) to reach students with learning differences [4]. At the more advanced level, AP Computer Science A still focuses on one programming language, Java, which may be an impediment to some students with disabilities because of its arcane syntax and use of special symbols.  AP Computer Science Principles (CSP) is a more gentle introduction to computer science with several endorsed curricula using various programming languages. Depending on the particular instance of AP CSP, the course may be more or less accessible to a student with a particular disability.  The Quorum  language based AP CSP curriculum,  modeled after Code.org’s, is fully accessible to screen reader users. In terms of data, the College Board does not release any data about participation in AP courses by students with disabilities, not even the number of students who requested accommodations.  At the same time, they do release data on gender and racial/ethnic status of test takers.

Undergraduate Education
Unfortunately, the data on disability from the National Center for Education Statistics (NCES) suffers from the same problems as that was found in the Survey of Earned Doctorates.  For example, in 2015-16 the percentage of undergraduate students reporting a disability was 19.4% (NCES Table 311.10, 2018), while in 2011-12 the percentage was only 11.1% (NCES Table 311.10, 2013). This data was obtained by sampling and, clearly, different questions were asked to obtain these numbers. By contrast, the K-12 data for students with documented disabilities under IDEA or Section 504 is at most 18%, and some percentage of these students with intellectual disabilities do not go to college. In addition, some students learn they have a disability while attending college.  Basically, the numbers reported in K-12 are not consistent with numbers reported at the college level. I personally question whether these numbers from the 2018 NCES report really count students who have documented disabilities or receive disability related accommodations at the college level.

Three years ago, CRA-WP created the Grad Cohort for URMD (now called Grad Cohort for Inclusion, Diversity, Equity, Accessibility, and Leadership Skills – The IDEALS Workshop),  that is a mentoring and career development workshop for early career computing graduate students who are underrepresented minorities or have disabilities. Graduate students with disabilities have been well represented in this workshop.

The Professions
There is little data on computer scientists in the professions, both academic and industry. One data point is the Stack Overflow Developer Survey.  The  2020 survey which had 64,532 participants found that 14.8% reported an anxiety, mood, or emotional disorder or autism, and 2.0% reported a physical difference (blind / having difficulty seeing or being deaf / having difficulty hearing).  Again, this is self-reported data so the percentages depend on the way the disability question is asked.

One interesting phenomenon that has happened in the past few years is the interest in the tech industry in hiring qualified people with disabilities.   Both  Google  and Microsoft  have inclusive hiring programs focused on hiring people with disabilities, and other large companies have similar initiatives.   The value of these employees comes from their expertise and their diverse perspectives.

Discussion
A major takeaway of this article is that data on disability is hard to understand and gather, making it difficult to assess the participation of students with disabilities in the computer science education pipeline. The US government has decided over the past ten years to define disability in terms of the impact of an individual’s functional limitations rather than on their disabling conditions. This has resulted in the large differences we have observed in data gathered by the Survey of Earned Doctorates and the National Center for Education Statistics. We will see how this affects disability data in the US Census next year. The functional definition of disability may be at odds with the disability rights movement that views disability through a social lens. Disability differences are more akin to racial and gender differences, just part of the diversity of humanity.

AccessComputing uses the social lens, sometimes called the “social model of disability,” in its definition of and interactions with people with disabilities.  If a student identifies as having a disability, we accept that, and work with them. Over the past 5 years we have worked with 477 computing students with disabilities (253 male, 182 female, 10 nonbinary/other). These students have diverse racial/ethnic backgrounds (52 Black, 54 Latinx, 7 American Indian or Alaskan Native, 4 Native Hawaiian or other Pacific Islander). A total of 171 have completed bachelor’s degrees and another 15 have completed their PhDs. For the most part, the remainder are still in school.  Several of our former students are now professors at research universities.  Students benefit by being funded to attend conferences such as the Tapia and Grace Hopper conferences, placement in industry and research internships, career development workshops and webinars, peer mentoring, and tutoring.

Since 2016, AccessComputing has funded 35 students in DREU research internships.

Acknowledgement
This article is based upon work supported by the National Science Foundation under Grant No.1539179.

References
[1] Briana Blaser, Richard E. Ladner. 2020. Why is Data on Disability so Hard to Collect and Understand? In proceedings of the 2020 Research on Equity and Sustained Participation in Engineering, Computing, and Technology (RESPECT). 8 pages. (link)

About the Author
Richard E. Ladner is a Professor Emeritus in the Paul G. Allen School of Computer Science and Engineering at the University of Washington. 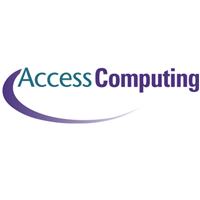 Applications Open for 2021 CRA-WP Graduate Cohort Workshops
Scroll to top
We use cookies to understand how you use our site and to improve your experience. By continuing to use our site, you accept our use of cookies.Accept Read More
Disclaimer
Privacy Overview