This article is published in the October 2019 issue.

The Computing Community Consortium (CCC) recently released the Algorithmic and Economic Perspectives on Fairness workshop report. It is the output of the CCC’s 1.5-day Economics and Fairness visioning workshop that took place in May 2019, in Cambridge, Massachusetts.

The workshop was organized by David C. Parkes (Harvard University, CCC Council) and Rakesh Vohra (University of Pennsylvania), with the support of the CCC’s Fairness and Accountability Task Force. It brought together computer science researchers with backgrounds in algorithmic decision-making, machine learning, and data science with policy makers, legal experts, economists, and business leaders to discuss methods to ensure economic fairness in a data-driven world.

The report highlights the current trends and uses of algorithmic decision making systems, such as credit scoring, resume screening, and recommendation systems; the central concepts needed to evaluate the fairness and equity of such data-based systems; and the outstanding computing research challenges needed to tackle these kinds of problems. Unfortunately, as the report notes, “At present, there is a paucity of work that seeks to quantify the effect on outcomes across the many domains where we will see automated decision making. Measuring the effect of an algorithm on an outcome is inherently difficult because decisions made (or influenced) by an algorithm may have happened identically in the absence of the algorithm.”

Key questions in the decision-making process posed by the report include:

a) How do human decision makers interpret and integrate the output of algorithms?

b) When they deviate from the algorithmic recommendation is it in a systematic way?

c) What is the role of institutional incentives for decision makers?

d) What can one say about the design of an algorithm that results in fair (fairer?) decisions by the human, which complements human decision making?

e) What aspects of a decision process should be handled by an algorithm and what by a human to achieve desired outcomes?

f) The “insufficiently diverse research team” hypothesis is often cited as a reason for unfair machine learning algorithms.[1] Yet, we have no systematic documentation of the effects of biased programmers or the effects of diverse AI workforce on the outputs created by practitioners.

The report also makes note of outstanding questions with regards to assessing outcomes (“Can we understand the common issues that prevent the adoption of algorithmic decision-making systems across domains and the common issues that produce harm across multiple domains?”), regulating and monitoring these systems (“Does the regulation of algorithms result in firms abandoning algorithms in favor of less inspectable forms of decision-making?”), as well as how to raise the awareness of students and professionals to these concerns (“What should judges know about machine learning and statistics? What should software engineers learn about ethical implications of their technologies in various applications?”).

[1] The implicit suggestion of the work of Buolamwini and Gebru (2018) on biases in facial recognition technology (FRT) is that were there more programmers with dark skin this wouldn’t have happened. 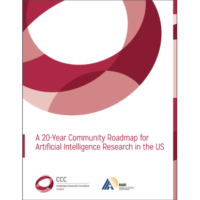 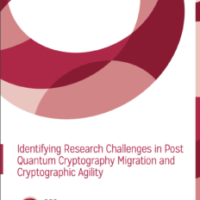 CCC Workshop Report Released: Identifying Research Challenges in Post Quantum...
Scroll to top
We use cookies to understand how you use our site and to improve your experience. By continuing to use our site, you accept our use of cookies.Accept Read More
Disclaimer
Privacy Overview